It’s probably the most hyped game on this side of the world outside of Canada/USA. Canada and Russia have given us some of the best World Juniors games in the history of the tournament. Canada in their opening game beat the Americans then were awarded a day off, while the Russians fell to the host Czech Republic. They were also given a day off, so we have somewhat of a rare situation in this tournament where both teams are coming into the game with a day of rest.

Canada can take a stranglehold on Group B with a win in this game, being the only team with a 2-0 record after Germany beat the Czechs earlier in the day.

Canada would once again go with Nico Daws while the Russians would choose Amir Miftakhov and elect to keep Askarov on the bench after a disappointing first game. It wouldn’t take long for the Russians to find the scoreboard in this game, after clearly entering the zone offside and giving the puck to Canada. Jared McIsaac would turn the puck over to Alexander Khovanov who would quickly put it on the net. The puck would take a crazy bounce and go in over Daws shoulder putting Canada behind early.

Russia would add onto the lead with goals from Pavel Dorofeyev and Nikita Rtishev as the Russians would stun the Canadians taking a 3-0 lead into the first intermission. Russia would heavily dominate the first period, not only on the scoreboard but also on the shot clock outshooting the Canadians 17-9.

Russia continued that domination into the second period, as they would put up another three goals on the Canadians, eventually chasing Nico Daws out of the net after the 4-0 goal, as we would see Joel Hofer for the first time in the tournament for the Canadians. Nikita Alexandrov, Yegor Sokolov, and Grigori Denisenko would all score in the second period as the Russians would take a 6-0 lead into the second intermission. If this holds true, it would be Russias biggest victory over the Canadians in tournament history. Unfortunately for Canada, things would go from bad to worse as projected #1 overall pick Alexis Lafrenière would get his toe “picked” after crashing the net on the Canadian powerplay, he would leave and not return.

Alexis Lafrenière goes down after a scary collision with the Russian goaltender. https://t.co/S5hLEHdk9P

Good teams close out games when they need to and not let up on the gas pedal. That’s exactly what the Russians did in the third period. Although they didn’t score in the final frame, they dominated it once again, outshooting the Canadians 14-5. Russia, after falling to the Czech Republic in the opener, played exactly how they are capable of playing against the Canadians. Russia has the best roster on paper in this tournament, unfortunately, they didn’t show it against the Czechs. However, the rest of the teams in the tournament should have the Russians on notice now.

For the first time since the World Junior Championship has switched to the current format, every team in Group B is tied with 1 win and 1 loss, therefore it’s a wide-open group and anybody can take it. Russia holds their fate in their own hands, with a win against the Americans tomorrow and a win over Germany, Russia will leave Group B with the first seed. 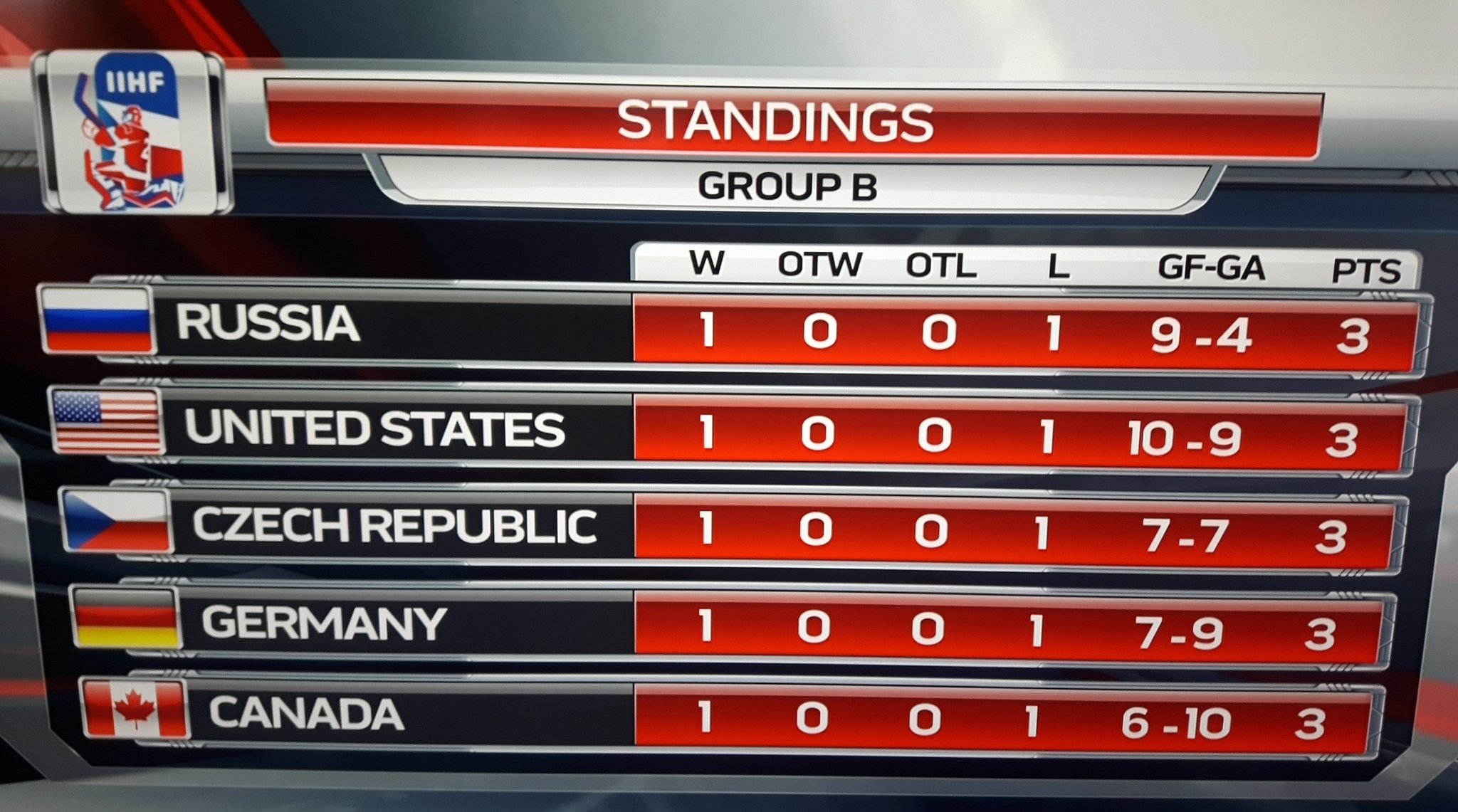 Russia will play against the United States tomorrow (December 29th at 1 PM EST) with the Russians practically being able to clinch Group B with a win over the USA. Miftakhov will likely get the start once again, especially with his shutout performance against the Canadians.

Players of the Game

Sat Dec 28 , 2019
Switzerland takes the first loss of the tournament, losing to Sweden 2-5 and matching their shots at 27. Sweden came in the first two periods and rocked Switzerland but kept out of the Swiss’s crease for the third period. Switzerland looked defeated after the first period and came into the […]