The Irish have many longstanding, Christmas traditions that would look just like America. From decorating the house, or public squares, to singing carols and placing a candle in the window, Ireland celebrates like many around the world. However, a very Irish tradition is known as the 12 pubs of Christmas. According to the Atlas Language School (2021), "There is an old Christmas carol that refers to the 12 days that lead up to Christmas Day and to the gifts that a couple of lovers would exchange on each of these days. Well, what better gift to give a loved one than a pint from each and every one of the 12 best pubs in your area? This tradition is often picked up by many Irish as well as tourists, but only a few of them can actually make it to the end!" (para. 11). 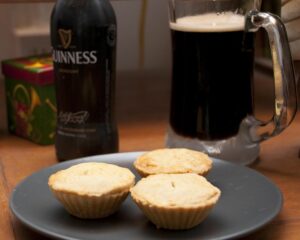 Now let's get to our naughty and nice list:

European Soccer Fans - can someone wake up soccer fans across Europe and let them know it is almost 2022, not 1822? Racism is still an issue, and 2021 was no exception. From banned fans to suspended players, racism is still a thing in European soccer. For the sake of fairness, I should point out Mexico's international team was not allowed to play in front of fans in this year's World Cup qualifying because their fans just can't help themselves and keep chanting a homophobic slur during games despite being warned several times.

American Sports Leagues - First the NBA, now the NFL. Excuse me fellas, but for all the good you do for social issues in the US, you lose all credibility when you bow to a communist dictatorship that kills, imprisons, and even rapes its dissenters. Start doing the right thing, even if it affects your profits, and I will respect you much more.

MLB - A lockout, really? You haven't figured this out yet? Baseball may lose fans over this one, as it has slipped to under 30,000 per average attendance and is slowly being caught by the MLS.

Winter Olympics - I'm not sure anyone gives a crap about the Winter Olympics, but there are plenty of "naughty list shame" to throw around here. First off, the virus is shutting down leagues all over the world, so now we are sending athletes from all over the world to the country of origin? And don't forget, boycotts of this Olympics because of human rights abuses by China are coming in the form of "diplomatic boycotts", or in other words, we are still sending athletes just not diplomats. Oh, that'll show them. How about being bold here and not sending the athletes? Again, bowing down to China because of their market size and share. It's all about that money.

Bob Baffert - This shithead deserves zero presents on Christmas. It's not a crime to be filthy rich, but when you partly become rich because you abuse racehorses, well then piss off. Medinah Spirit died 7 months after winning the Kentucky Derby, in which an investigation was launched after the win for potential doping of the horse. His death while training at Santa Anita Park in December only brought more questions on trainer Bob Baffert.

College Athletes - All the brave athletes that fought and finally got their rightful ownership of their own name and likeness deserve some Christmas presents. I do not understand why this took so long, to deny a person of adult age the right to make money with "their own name" seems highly illegal, and now the dirty NCAA can't stop them.

Pro Athletes Giving - I feel bad, I should give each individual credit, but there are so many of them doing this now, it would take me two days to compile the list. Just look on social media, from NBA teammates buying out shoe stores to Shaq's annual semi-truck full of toys, pro athletes everywhere are being loving and generous and helping the less fortunate. Take their lead, donate to a food bank today!

Luke Fickell - I hope the coach does not make me regret this in a few weeks, but in an era where Brian Kelly and Lincoln Riley can just bolt for higher pay and barely a goodbye to their players, Fickell seems content on continuing to build Cincy into a power to be reckoned with and not searching for the next big job. His contract goes until 2026, not that it means anything, but it appears Fickell knows he has a good thing going, and didn't abandon his players like so many coaches have been doing lately.

Phil Mickelson - Not only is this guy down to earth, fun, and extremely fan-friendly, he also became the oldest major winner this past year. More importantly, and many may not know this, every time he scores a birdie or eagle he donates money. According to his bio on the PGA site, "Phil focuses his charitable pursuits through his work with Birdies for the Brave, which he and his wife, Amy, founded. Every season, Phil donates to Birdies for the Brave, giving $100 for each birdie and $500 for each eagle he makes. With the 2009 announcement that both Phil’s wife and mother were diagnosed with breast cancer, Phil has expanded his charitable foundation to focus on funding research to find a cure for breast cancer."

Simone Biles & Naomi Osaka - These two brave women led the charge towards fans being more aware of the mental stresses of the elite athletes they are watching. They are human, and many struggle with mental wellness issues. Dak Prescott should be commended here as well, and because a few were strong enough to go public, many others are now following suit. Bubba Watson, Kevin Love, and many others are now coming out about mental health. There is an article from the University of Michigan's Health Department HERE.

That wraps up the article, but from the bottom of my heart, I wish you, your family, and friends a wonderful holiday season and truly hope your 2022 is the best year yet.

Sun Dec 26 , 2021
The Irish have many longstanding, Christmas traditions that would look just like America. From decorating the house, or public squares, to singing carols and placing a candle in the window, Ireland celebrates like many around the world. However, a very Irish tradition is known as the 12 pubs of Christmas. […]