With fantasy championships being crowned in a lot of leagues this past week, it is never too early to talk about high fantasy football draft picks for next year. A lot of people like to take running backs early in their fantasy football drafts but with injuries to key players at that position, you have to wonder if they will think twice about taking them in the first round.

People either play in standard leagues or in PPR (points per reception) leagues. Who has the potential case to be either the number one overall pick next year or be a very high draft pick in fantasy football leagues?

The projected number one overall pick in leagues next year will be most likely Indianapolis Colts running back Jonathan Taylor. He is the league’s leading rusher and Taylor also catches passes out of the backfield. Jonathan Taylor rushed for 1,734 yards on 317 carries and 18 touchdowns in this span. He also caught 37 passes for 342 yards and two touchdowns.

Another player that could potentially be up for debate in fantasy football leagues as the number one pick next year is wide receiver, Cooper Kupp. Cooper Kupp was Matthew Stafford’s number one target for the Los Angeles Rams throughout the regular season. He is one of the best and most reliable wide receivers in the NFL. Kupp caught 138 passes for 1,829 yards receiving and 15 touchdowns. These are all first in receiving categories in the NFL.

This player won’t go number one overall in drafts but he could be drafted in the first round. That would be Cincinnati Bengals rookie wide receiver, Ja’Marr Chase. He has a chance to be special for a very long time in this league. Chase has caught 79 passes for 1,429 yards receiving and 13 touchdowns. He would be a great pick for fantasy football leagues that have big play bonuses.

Tue Jan 4 , 2022
TUESDAY WE WERE JOINED BY CHRIS MANCUSO OF TARPS OFF SPORTS TO DISCUSS TARPS OFF FIGHT CLUB. IT WAS ALSO A TOP 5 TUESDAY AS WE GAVE OUR TOP TEAMS IN THE NFL/NHL/NBA. WE RECAPPED MNF AND BEN’S PROBABLE FINAL GAME FOR THE STEELERS. AND SO MUCH MORE!         […] 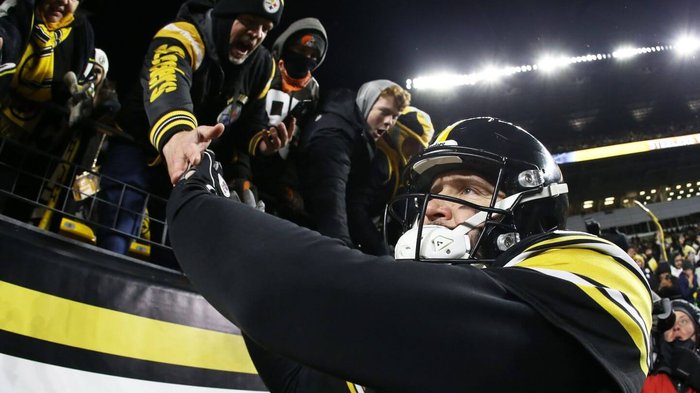