The Giants currently own 11 total draft picks in the 2022 NFL Draft and New York has a lot of holes to fill. General manager Dave Gettleman won’t be making those picks most likely and it is going to be either Kevin Abrams or someone else making them. Since we only have enough information on potential first-round selections, who are some of the players they could take with those selections?

With the fifth selection in the 2021 NFL Draft, the New York Giants select Charles Cross, OL, Mississippi State. New York needs massive help on the offensive line. It is a downright train wreck and disaster outside of Andrew Thomas at left tackle. The Giants will be tearing the ship down on the offensive line and could very well use both of its first-round picks on an offensive lineman. They should worry about other positions of needs like edge rushers, running backs, and other positions in the later rounds.

With the eighth pick in the 2022 NFL Draft, the New York Giants select, Tyler Linderbaum, OL, Iowa. Linderbaum could be the starting center for the New York Giants for the next decade. New York needs to heavy scout offensive lineman heading into the 2022 NFL Draft and it is very deep and this position this year. A lot of teams with offensive lineman needs are going to be drafting them quite a bit.

By drafting Charles Cross and Tyler Linderbaum with their two first-round picks, this is a step in the right direction for this franchise by fixing the offensive line. They need to make sure they nail every pick. This would be a good first step in fixing an abysmal offense. Without a good offensive line, it is impossible to do anything right in the NFL.

This is maybe why the New York Giants are keeping head coach Joe Judge and quarterback Daniel Jones for at least one more season, even though I don’t agree with it and owner John Mara has seen this franchise burn to the ground in the past nine of 10 seasons after winning Super Bowl XLVI against the New England Patriots. New York has only made the playoffs once against the Green Bay Packers and lost to them on the road.

The New York Giants would love to have Charles Cross and Tyler Linderbaum in their offensive line room right now. They wouldn’t be any worse than what they have and they better be ready to go if New York drafts them this year or whoever they select.

The ninth pick by The Washington Football Team would be Matt Corral, QB, Ole Miss. Lastly, the 10th pick by the Atlanta Falcons would be George Karlaftis, DE, Purdue.

This is a deep 2022 NFL Draft this season with can’t miss prospects here. The New York Giants need to get it right this season or they never will. 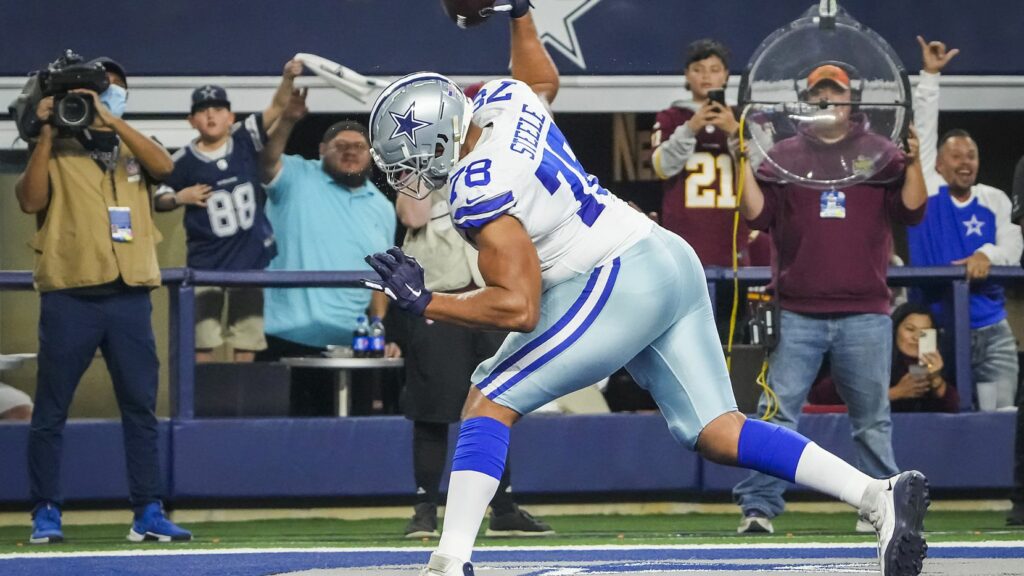