The day has finally arrived for the Dallas Stars to make their way back to see Lord Stanley. The Dallas Stars start off their season today against the Nashville Predators in Dallas at 7:30 pm central time. After some delay due to the influx of Covid-19 positive tests for the players and the city of Dallas, we finally will get to see the defending Western Conference champs take the ice today. As excited as I am to begin a new season and wash out the taste of last year’s bubble, I am also cautious to see how the Stars will fit into this new division and how well they will be playing against some of the top teams in the league. So, let’s breakdown how the Stars seem to fit into the Central division.

The Dallas Stars come back into a new season of the NHL with a few key pieces from last year. Corey Perry left to Free Agency after last year’s run in the playoffs, and Mattias Janmark playing in Chicago after hitting the Free Agency as well. Tyler Seguin will be out for the majority of the season after having surgery on his hip due to a torn labrum*. Blake Comeau will not be on the ice tonight due to undisclosed reasons. With the injures and losing a few players to Free Agency, the Stars are looking to move some players around to help fill the void of those missing from the bubble of last season. One of those coming back from the bubble will the Game 7 hero Joel Kiviranta and Captain America himself Joe Pavelski. A major key to the Stars’ offense while in the bubble playoffs was keeping control of the neutral zone and keeping the pressure of the forecheck on their opponents. For the Stars to succeed in this shortened season, they will need to establish that same kind of dominance in the neutral zone and keep control of the puck with smart passes and smart shots. Another key aspect from last year’s playoffs was the presence in front of the net. The Stars scored a good amount of their goals in the bubble with rebounds and redirected shots while in front of the crease. If the Stars can keep control of the front of the net during the forecheck, they can establish their control of the game.

I believe that the Stars golden word this season should be “pressure”. For the Stars to be dominant this season, they will need to keep up the pressure against the opponent on both sides of the puck. On the offensive side, the forwards will need to keep turnovers to a minimum while still increasing the share of the puck. Covering the zone while on the forecheck is another area that they will need to focus on. Staying spread out while moving the puck around on the forecheck will tremendously keep the Stars’ chances of scoring up. They will also need to up the amount of shots on goal as well. The more shots that they can put on the net, the more the goalie will move and the decrease in the goalie’s confidence of covering the net and in his defense. As long as the offense keeps up their pressure in the neutral zone and on the forecheck, I believe we can expect the Stars to be a major player in making it into the playoffs.

With Seguin out for some time, the forwards had to be shifted around to make up for his presence on the ice. The Stars’ offensive line-up will need to create some chemistry with each other quickly. Of course the players have already been together for the most part, and we really don’t see any new faces to the offense, but their is a difference when it comes to having chemistry with a teammate and having chemistry with a linemate. For the players to feel comfortable with their line mates, there has to be trust in making smart passes and sharing the wealth of the puck, otherwise turnovers will plague us. I would expect the veterans on the team to be the brains of each line and will be the “quarterbacks” on the plays.

The Stars’ defense seems to be pretty consistent from last year’s bubble. The same pairings on defense and with Khudobin in net, the Stars look to inhibit the forecheck of the opposition. Unfortunately, Ben Bishop will also be out do to his surgery in the offseason. I do not know his timetable at the moment, but hopefully we will be updated within the foreseeable future. However, with Dobby back in the net and with Oettinger on the backup, I feel as if we are pretty set on our guardian of the crease for the time being. Also, we do see a new face within the defense line-up with Mark Pysyk signing a one year deal with the Stars***. I am hoping that with an older guy and with the experience that he has, Pysyk will be helpful on shutting down the opposition’s forecheck and closing down that blue line. I am excited to see Klingberg will be back in the line-ups for tonight, due to his presence on both sides of the puck.

As I said earlier, “pressure” needs to be our golden word for the season. The Stars’ defense will need to keep that pressure on the puck by choking off the passing of the opponents while trying to create turnover situations. A thing that kind of plagued us last year, and that affects most defenses in the league, is the amount of rebounds and second-chance shots we are allowing on our side of the ice. Dobby will need to clean and precise with his saves, in which we did see a slight decrease of rebounds he allowed in the bubble last year, and the defense will need to be able to control the puck in our own zone. I also believe that if we can keep a strong presence in the neutral zone, that our defense will be able to slow down the opposition’s forecheck and even create some necessary turnovers for our team. Another aspect that our defense will need to control is the pacing of our forechecks and attacks. The defensive players will need to realize when to push the pace and when to slow it down. As long as we keep control of the puck and make smart contributions to the offense as well, then the boys on defense can keep a foot on the pedal and control the pacing of the game. If the defense can keep their pressure in the neutral and our own zone while controlling the puck and keeping second-chances to a minimum for the opposition, I believe we can keep a strong grip on the control and pacing of the game and we can defensively win games.

Even with Mark Pysyk in the mix, the defense doesn’t see too much of a change when it comes to the pairings and lines. Lindell and Klingberg will be our frontrunners and will need to establish a strong presence on defense early in the game. With Oleksiak and Heiskanen, the hammer and needle pairing will need to keep up their offensive pressure as well as their presence in the neutral zone. With Heiskanen’s dexterity and speed, he will need to control the puck coming out of our zone and will need to establish the plays once we get on the forecheck. With Pysyk on the third line, I believe his depth along with Sekera will be to control and establish a dominance on the blue lines. The two will also need to be the ones keeping the pace of the attack and retreat as well as moving the puck and controlling the aspects of turnovers. With one of the most offensive minded defenses in the league, the Stars will need to keep up their presence on both sides of the ice with their pairings.

The Stars & The Predators Matchup

With the Stars’ first games being postponed, they will kick off the shortened season against a well-known foe. The Predators have played rather well for their first three games as they sit at a record of 2-1. They played the Columbus Blue Jackets for their first two games, whom have found theirselves in a bad situation with Pierre-Luc Dubios. Winning both games by at least 2 goals, the Predators then faced the Carolina Hurricanes to whom they lost 4 to 2. The Predators come into their first matchups with the Stars already warmed up. Since the Stars have only been scrimmaging and practicing, they will need to come out of the tunnel with a fiery want to play and with the results of last year’s playoffs, I believe the boys in victory green are ready to come out swinging.

For the Stars to win these first two games against the Predators, and keep their control of the pace of the game, it would send out a message to the rest of the division. The Stars need to play aggressive and angry while making smart decisions on both sides of the ice. They need to put some doubt out into the air that they should be in the conversation of who’s making it to the Stanley Cup finals. The Stars need to dominate early on in these two games and keep up their presence and their pressure on both sides of the puck. After hearing all of the doubt and comments about how the Stars would not make it past the first round, the Stars brought their game to them and showed why they are one of the more dangerous teams to not keep an eye on. After seeing how far they went in the bubble and then to just get left out of the conversation as one of the top teams, it seems like a slap in the face. The Dallas Stars knocked out two of the top teams in the league while in the bubble, one of them being the favorite to win the Stanley Cup this season. This is a revenge season for the Stars, not because they lost in the Stanley Cup finals but because they get grouped as a “middle of the pack” team. During the bubble, I would say “it’s our time, it’s our year”, and I believe that I should use this year as well. The Dallas Stars decide their own destiny this season, and I believe we will be seeing Lord Stanley for a second year. Get ready for the Dallas Stars to kick off their push to the Stanley Cup finals tonight against the Nashville Predators at 7:30 pm CST. Go Stars Go. 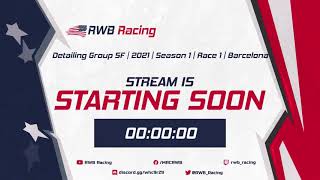