The Miami Dolphins had high expectations heading into the regular season. Miami lost once again against the Tampa Bay Buccaneers 45-17. The Dolphins have a very talented roster, but they are missing the most important position in the NFL: a quarterback.

Miami has had to start Jacoby Brissett for the last couple of weeks due to a Tua Tagovailoa injury. Tagovailoa is already proven to be a bust because he is not a very good quarterback, to begin with, and he is also injury-prone. Brissett is a nice backup quarterback to have in the NFL on your team, but he can’t be a full-time starter.

The Dolphins could have drafted Justin Herbert fifth overall but decided to pass on him with Tua Tagovailoa. If Miami had Herbert instead this season, there is no way they would have been off to a 1-4 start to the season.

There were rumors that they could potentially trade for Houston Texans quarterback Deshaun Watson. He has been dealing with off-the-field issues. Watson has yet to play a game this season for Houston. I don’t think it could hurt the Miami Dolphins at this point. They have a good head coach in Brian Flores.

Miami is better than the New England Patriots and the New York Jets on paper, but they are not better than Josh Allen and the Buffalo Bills just yet. If they don’t land Deshaun Watson, there is always the option of landing Aaron Rodgers from the Green Bay Packers if they don’t go to Deshaun Watson.

Rodgers has discussed his feeling with the Green Bay Packers organization. If the Miami Dolphins can’t get the quarterback right, then it is going to be a major problem. General manager Chris Grier is at fault for the current Miami Dolphins quarterback situation. He is the main reason why it appears that Miami’s season is currently a lost cause.

If Tua Tagovailoa gets back healthy and turns a corner fast, then maybe they have a solution moving forward. They certainly miss Ryan Fitzpatrick, who left this past offseason via free agency for The Washington Football Team.

Miami will have a lot of questions to answer this offseason if they can’t get it right. They also lost their 2022 first-round pick to the Philadelphia Eagles via trade.

Deshaun Watson and Aaron Rodgers should be the top two quarterback options for the Miami Dolphins in 2022.

The Tampa Bay Buccaneers (4-1) next game will be on the road against the Philadelphia Eagles (2-3) on Thursday night football.

The Miami Dolphins (1-4) next game will be against the Jacksonville Jaguars (0-5) overseas next Sunday.

Sun Oct 10 , 2021
The Green Bay Packers had their three-game winning streak tested on the road on Sunday afternoon against the Cincinnati Bengals. Mason Crosby missed three field goals in the game for Green Bay. He redeemed himself by drilling a 49-yard field goal with two minutes remaining in overtime as the […] 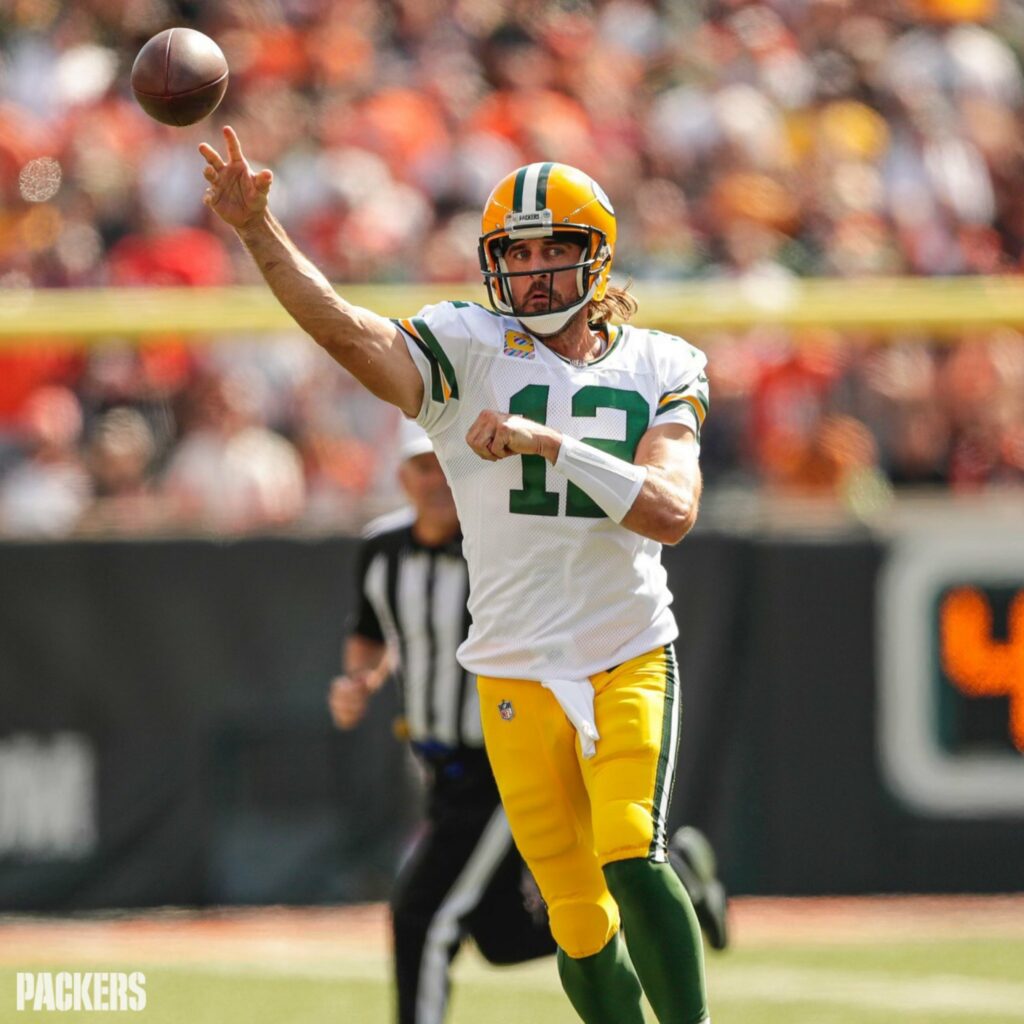