The Eagles have been looking for help in the secondary for awhile, they finally get some…. 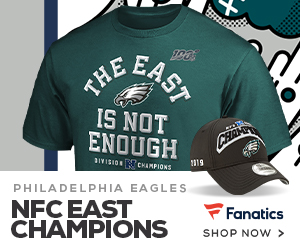 The Eagles have finally landed a cornerback that can actually cover top wide recievers. It has been awhile since they have gotten such talent at the DB spot. No really, the last time they had this much talent was when Asante Samuel was roaming the secondary. So yeah, it’s been a bit, but hopefully Darius Slay Jr. is up for the challenge.

The Eagles get a pretty good deal to with giving up only a 3rd and 5th rounder. Slay will reportedly be signing an extension for 3 years and $50 million with $30 Million guaranteed as well. Let’s just hope, really I just hope as an Eagles fan, that this doesn’t turn out like Nnamdi Asomugha. If you remember, you remember.

Fly Eagles Fly and maybe for the first time in a long time the secondary won’t look like:

It really has not been pretty in Philly the past few seasons, but welcome Darius! Eagles fans promise not to boo you…..at least until the second quarter of game 1.

Gurley out in LA

Thu Mar 19 , 2020
Todd Gurleys time in LA is done. The Rams have cut their once MVP candidate running back today. Adam Schefter on Twitter Rams are releasing RB Todd Gurley, per source. Cutting him today spares the Rams from having to pay him an additional $10.5 million due today. Rams spent weeks […]