For all the talk about the College Football Playoffs, perhaps the worst case against Cincinnati is, "who have they played?" To me, that is a lazy take, and shame on any former player at any collegiate level that uses that excuse. First, any former player knows talent plays at all levels. Secondly, every year we as fans, writers, and prognosticators go down this rabbit hole where we either deduce that only one good conference exists or only two or three teams are actually good. So why do you watch it? If you think almost every team is not very good, seems like college football is a bad product to you.

Personally, I love college football and believe on any given Saturday an upset can happen, because of course, most teams have really good talent. The difference between Bama and Kentucky is depth, not that Kentucky sucks, for example. Just the past two weeks alone, 13 unranked teams beat ranked opponents. Over 50 ranked teams have fallen to unranked opponents this season, a historical record.

This past weekend, #3, #9, #12, #17, #18, and #23 all lost to unranked teams. Several other ranked teams had outcomes within 10 points of an unranked opponent. You could argue that the rankings are inaccurate, but do you really want the Top 25 to basically be half of the Big Ten East and half the SEC West with Georgia added? 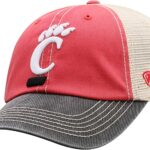 So let's talk about Cincinnati, the Bearcats, that team with a Top-1o win but we're told they haven't played anyone. Well, their non-conference strength of schedule is ranked 9th in the nation. Currently, Alabama and Ohio State do not possess a Top-10 win. Michigan State just got clobbered by a 3 loss Purdue team and Oregon has been sputtering of late. Is the NCAA prepared to force perennial conference contenders to join a Power 5 conference? Which, in all reality, it is the Power 2 conferences with one or two teams from the other Power 5 each year, and some of those Power 5's are breaking up soon (Oklahoma is the biggest so far). I guess the NCAA wants two super conferences which will only lead to the same old teams making the playoffs because whether we have ten conferences or two, Bama, Ohio State, and Georgia to name a few, will continue getting the 5-star athletes.

I don't care who the committee thinks will beat Georgia or not beat Georgia, this was supposed to be a system that settles it on the field, but here we go again relying on opinions and oftentimes opinions of people who never had to step on a field anywhere.

Cincinnati has done what they have been asked to do, so far. It's not like they can spontaneously spice up their schedule because another horrific setup in college football is the scheduling. For some dumb reason, these schedules are built out five, six, sometimes seven or more years ahead of time. Why?

Such a dumb system, such a great sport. The Bearcats fulfilled their requirement, it's time for the system to do the same.

Sun Nov 7 , 2021
For all the talk about the College Football Playoffs, perhaps the worst case against Cincinnati is, "who have they played?" To me, that is a lazy take, and shame on any former player at any collegiate level that uses that excuse. First, any former player knows talent plays at all […]