The guys are back with a short and sweet show this week. Paul welcomed his newest grandchild and the weekend was a bit hectic. We wanted to get a show in and we made it a good one. We talk some Stanley Cup playoffs and the fact the Bruins weren’t […]

The guys are covering everything this week from a recap of some highlights from the NFL draft to some NBA and NHL playoff talk. It’s all wrapped up with a dream for MLB fans that one guy is fulfilling. A person who goes by “TeryiakiTimes” on Tik Tok is attending […]

WE OPENED THE SHOW WITH A MOMENT OF SILENCE FOR FORMER UCF RB OTIS ANDERSON JR. AND DISCUSS THE NEWEST CFB PLAYOFF RANKINGS. IS MIKE TOMLIN LOSING THE LOCKER ROOM IN PITTSBURGH? MIKE IS NOT OK WITH COLLEGE COACHES ABANDONING THEIR TEAMS… BUT WILL ADMIT LINCOLN RILEY IS GONNA BE […] 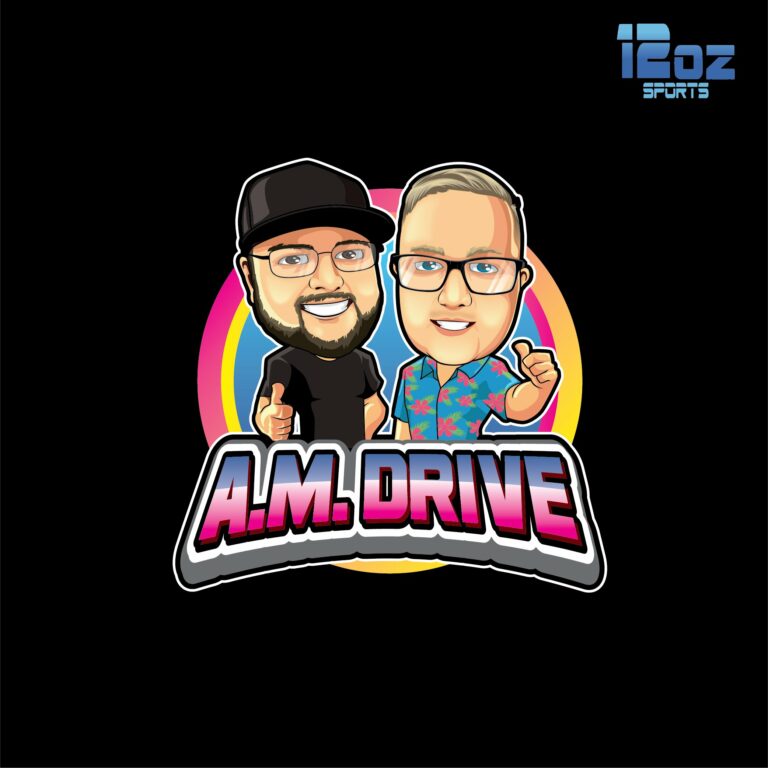 WHAT A WILD WEEKEND IN FOOTBALL. WE GAVE OUR BEST AND WORST OF THE WEEKEND. WE RECAPPED THE WEEKEND IN COLLEGE AND THE NFL. WHO SHOULD BE #2 AFTER BIG BLUE’S BIG WIN? WE MADE A CASE FOR ALL THE FRINGE CFB PLAYOFF TEAMS. WE ALSO PREVIEWED THE WEEK IN […]

Finally the 2021-2022 NHL season is upon us as Wednesday the puck drops on the new campaign. One thing stands true, the Tampa Bay Lightning are still the team to beat in the NHL. Tampa is coming off back-to-back Stanley Cup wins, the first coming in the COVID bubble […]

The weekend of freedom is upon us and the guys are breaking down everything in the sports world, including that famous hot dog contest. First up is the “Well this is Awkward and Oh No Baby, What is You Doin” combo. The idiot with a sign at the Tour de […]

The guys this week have a short show that is packed with lots of stances. They first dive into the US Open where Jon Rahm took home his first major. The guys discuss his performance and the fact that they actually made decent picks for players that were going to […]

The guys have a lot of big news at the beginning of the show coming from the NBA. Players going into Covid protocols and another star player whose season and next season may be done from a knee injury. Suns had the brooms out, but CP3 may miss the Western […]

SPIKE RETURNS FOR THE FIRST TIME SINCE THE END OF THE NFL SEASON AND WE TALK ABOUT EVERYTHING. TOPICS INCLUDE CAM NEWTON, NFL DRAFT, TIM TEBOW, AARON RODGERS AND OF COURSE… THE NHL PLAYOFFS     SPONSORED BY:   Vice Golf- Free Golf Ball Personalization Campaign

The NHL season is about to be underway January 13th. It’s always fun to have a wager you can sweat throughout the season as well as your nightly game wagers. With the shortened season (56 games) season long wagers may be a bit tricky. Injuries can derail even the most […]

The final Quick Shift edition of the season is here! Ferris State’s Harrison Watt joins Tyler to talk about the playoffs as a whole. They congratulate the Tampa Bay Lightning, and praise the Dallas Stars. They also talk about some college hockey, as Harrison gives a little insight to a […]

Paul and Greg are at it this week with lots to talk about. They get the final words about the NHL season when discussing the Lightnings Stanley Cup title. After drudging on about that for a few moments they get into the big story of the week. The Titans have […]

Things are down to the nitty-gritty. World Hockey Report’s Cody Janzen joins the guys to give his two-cents on the Finals, and who he believes will win Game Six. Tyler and Alex look back at the last two games, and predict how the believe the series will end. The two […]

The Lightning have all the momentum through three games. Tyler recaps the Bolts’ two wins, and predicts how he believes the series will end. He also gives his analysis on Stamkos’ impact, and if the clock has struck midnight on Khudobin. He then breaks down the Florida-Pittsburgh trade, and looks […]

Paul and Greg are at it this week with lots to talk about. They get right into the NFL and go over the weeks “Must Watch, Can’t Watch, and Lock It In” for Week 3. After they show off their new segment, “In Your Fantasy”. The guys talk about their […]

The Finals have arrived! Before they talk about that Tyler and Alex talk about some possible transactions, and react to the five major NHL Awards that were handed out. Then, the guys are joined by Alabama-Huntsville’s Peyton Turnage and Davenport’s Thomas Biondo. They give their takes on the awards, before […]

There almost wasn’t a show this week, but Greg made sure to find the time. Things start off talking about the NBA Playoffs and the laughable fact that the Clippers blew a 3-1 lead to the Nuggets even when holding huge leads. Oh, and the fact that Kawhi Leonard was […]

Tyler and Alex look ahead, and see the Stanley Cup Finals in view. They discuss the appointment of Geoff Ward as head coach of the Calgary Flames, and also look at a couple of trades. They then break down how the Stars have taken a stranglehold against the Golden Knights. […]

Before Tyler talks about the Conference Finals, he mentions the late start for college hockey, and why he believes somone else should have won the Jack Adams Trohpy other than Bruce Cassidy. After talking about some trade rumours, Tyler addresses the NHL’s claim of a possible 2021 start date, and […]