Greg and Paul are back with some holiday cheer and a sports wishlist for Santa. The guys talk their NFL power rankings and what could happen if covid takes over the college football playoffs. Check it all out and thanks again for listening! 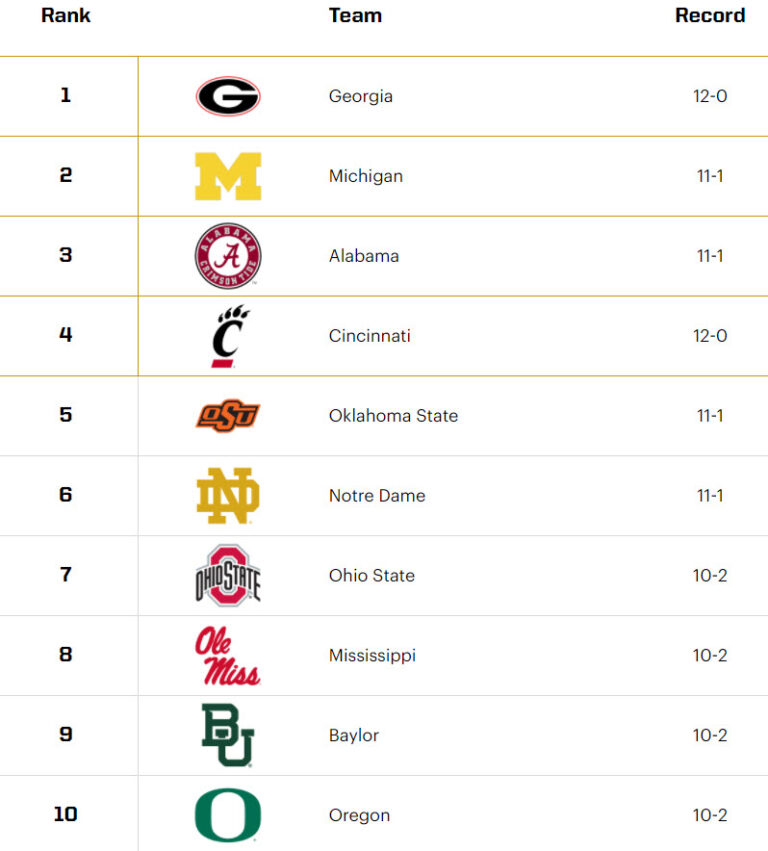 Let’s run through the many possibilities, as the 2021 season set a record for the number of upsets, anything can happen this weekend. The chaos calculator is brought to you by BetUS (Promo: 12OZ) and MyBookie (Promo: 12OZSPORTS) – both promo codes get you enormous deposit bonuses!   Georgia wins, […]

For all the talk about the College Football Playoffs, perhaps the worst case against Cincinnati is, “who have they played?” To me, that is a lazy take, and shame on any former player at any collegiate level that uses that excuse. First, any former player knows talent plays at all […]

It’s Christmas week and the guys are giving gifts out left and right. The gift of laughter and sports takes that is! They start off by talking about the hilariously embarrassing Lock Paul gave after picking the Rams to cover the -17 point spread against the Jets this past weekend. […]

By: Andrew Romanella The committee has spoken and the top-4 teams in college football have been chosen to compete in the college football playoff on New Year’s Day. As you could have guessed, this decision came with a lot of controversy and plenty of pissed off programs. Let’s break it […]

In a year dominated by political chaos, a deadly virus, shortened sports seasons, and various other things bumming us out, the college football season had a chance to help us end the year on a high note. Cue the horn section…wah wah waaaaah. The committee, otherwise known as the good […]

The PAC 12 and Big Ten have themselves in a serious pickle, with nobody to blame but themselves. Both conferences, coincidentally, sat around deciding whether or not to have a season while the SEC and ACC fired up conference games. The result? Both the PAC and BIG have undefeated Power […]