Drawing Russia as your first opponent at the World Juniors is tough. Even tougher when you are Switzerland who failed to score last year. However, there is hope when Askarov isn’t the opposing goaltender. Could a goalie controversy be brewing for Head Coach Sergei Zubov?

The skating ability between both teams was very apparent. Russia skates harder and faster. Danila Yurov got Russia on the board first via their third shot. It pinballed off of two defender skates past the outstretched pad of goalie Kevin Pasche.  Swiss goalie Kevin Pasche was busy all period, Russia had carte blanch to shoot at will.

Russia’s second goal was scored by Dmitri Zlodeyev eight minutes later. Zlodeyev stayed pesky, maintained puck possession ringing his first shot off the post, the second past a bewildered Kevin Pasche. Promptly after via a spin-o-rama one-timer, Pavel Tyutnev made it three nothing Russia.

Finally, after a scoreless tournament last year, Switzerland scored! Atillio Biasca shot from the far side beating Yegor Guskov, bringing energy to the Swiss bench. Russia won this period in goals and shots beating them thirteen-four at the conclusion of twenty minutes.

Wash, rinse, repeat. That was the motto for Russia in the second period. Omaha Lancers goaltender Kevin Pasche made two brilliant stops in the first four minutes of the period. Defenceman Brian Zanetti seemingly was on the ice every shift for Switzerland. Despite his presence, Russia kept the Swiss cooped up in their own end.

Switzerland had two chances to score. The first was a shorthanded breakaway, Christophe Cavalleri was stopped easily by Guskov. Joshua Fahrni had the second opportunity. He split the Russian defence but ran out of room against the Russian goaltender.

Russia concluded the period leading again on the shot clock and scoreboard.

Much like the prior two periods, Russia controlled the pace. The Swiss failed to score on an early power-play despite their best efforts. Goaltender Yegor Guskov was steady all game long, often challenging the shooter. Seventeen-year-old Matvei Michkov scored his third of the tournament giving Russia a three-goal lead.

|Switzerland got a goal back with under two minutes remaining in the game. The goal by Switzerland was challenged by Russian Coach Zubov to no avail. Russia wins this game 4-2 in dominant fashion. The Swiss have another tough contest against Team USA on December 28th, Russia’s next opponent is Slovakia on December 29th.

Mon Dec 27 , 2021
Germany was able squeak out a razor-thin and exciting 2-1 overtime victory over Czechia on Monday night. Alexander Blank scored both of the German goals while goaltender Florian Bugl was exceptional, stopping 38 of 39. The same can be said for the Czech goaltender, Jan Bednar who was also fantastic. Montreal […] 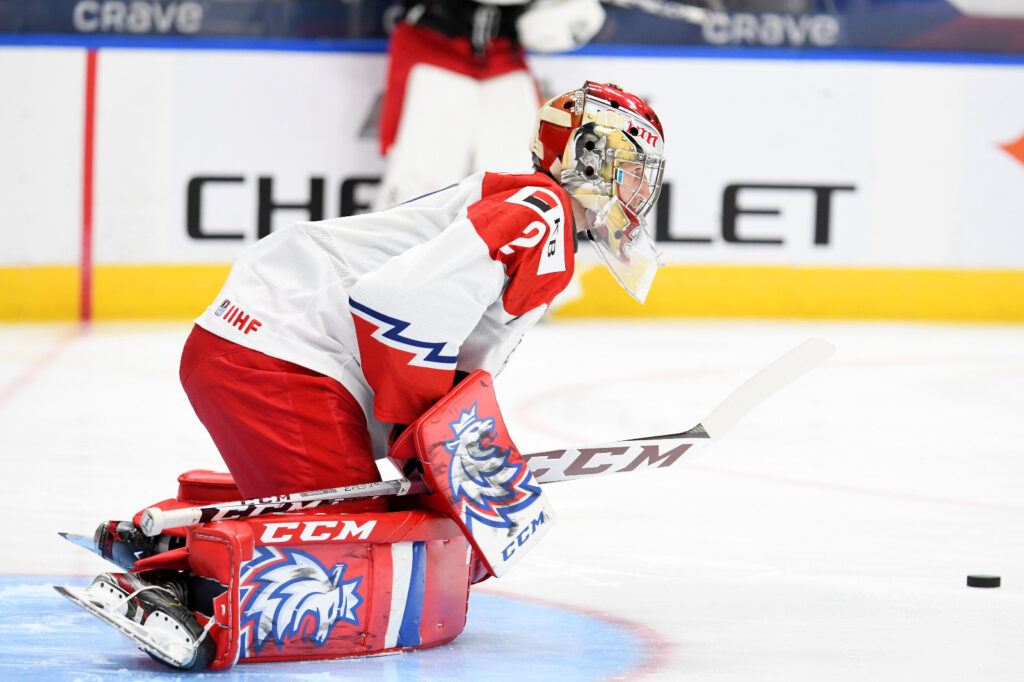