After four games at home, the Dallas Stars are undefeated on the beginning of the Revenge Tour. This is first 4-0 start for the Stars since a decade ago, and the team is firing on all cylinders and looking great. With players having to step up due to injury to our main liners, the Stars are showing their depth and showing how dangerous our players can/will stay if given the chance. With our first back to back with Carolina coming up on Sunday, let’s look at how the Stars have become the only undefeated team in the league in this shortened season.

Joe Pavelski has been playing lights out in these first four games. Joe Pavs finds himself at the 16th spot on the NHL scoring leaders list, with 4 goals and 5 assists through his first games*. With Jamie Benn out on IR after his injury in the first game against Nashville, Pavs has had to step up and become the team’s leader. He is averaging 20:15 in average minutes on the ice, so we can see how important he has become to the team with their captain out*. On the forecheck, Pavs is everywhere in front of the net or moving the puck around the opposition’s side of the ice looking for a setup. With his experience on the ice and his experience as a captain for the San Jose Sharks, Joe Pavelski has helped the Stars on almost every area of their game. Including the power play, which he is averaging 4:26 minutes on the ice for a power play during the game. This another area of the game that he is a major threat on, and another reason why the Stars are off to such a hot start.

The @DallasStars have scored 10 power-play goals in 2020-21, the franchise’s most-ever through four games in a season.Only one team has scored more through its first four games: NY Rangers in 1987-88 (11). #NHLStats pic.twitter.com/Re93GumZa3

The Youth of The Stars

With all of the injuries to the main liners on the Stars, are young players have had to step up and be an important part of this team’s reason for such a hot start. Players like Ty Dellandrea, Jake Oettinger, Nicholas Caamano, and Joel L’Esperance have had to be brought up and have to fill in for the injured players. Oettinger had his first start of the season last night against the Detroit Red Wings and picked up his first win with 20 shots saved out of 23 shots total and a save percentage of .870***. Another first of last night’s game was Ty Dellandrea picking up his first NHL goal on the power play last night at 14:52 in the third period off of a beautiful pass and set up by Miro Heiskanen (see tweet above for a clip of the goal). Denis Gurianov has been a huge asset through the first four games by picking up 7 points, including a goal in last night’s game against the Red Wings. The depth of our team are young players looking to prove something to the league, and so far, they have been stepping up to the plate.

The Stars As A Unit

The Dallas Stars have been one of the most efficient teams in the league through their first 4 games. The Stars have scored a total of 19 goals and allowed only 6 goals through these first few games. Our forecheck has been deadly on full strength and on the power play. Our blue liners have been existential on the forecheck and back check, making sure to control the pace of the game. I mentioned that our key to being dangerous this season would be our pressure while on the ice. We have kept a strong presence on both sides of the ice, and our sustained pressure in all three zones have given us the advantage of not only notching points early but consistently keeping control throughout the game. With John Klingberg and Miro Heiskanen being assists machines, the control of the puck and the pace of the game has been controlled by our blue liners. Joe Pavs and Alexander Radulov have played in front of the net on the forecheck, creating opportunities for a deflection or a second-chance rebound. The self-entitled “Revenge Tour” has been outstanding to this point. We have been a terror while on our own ice, but in the next two series we will get to see how keep this fire on the road.

On The Road Again

The Dallas Stars will play their first road games against the Carolina Hurricanes, Saturday and Sunday, and the Columbus Blue Jackets, Tuesday and Thursday. The Hurricanes have played 4 games and post a record of 3-1 after defeating the Tampa Bay Lighting, who have slipped down to fifth behind the Florida Panthers. The Hurricanes are interesting team with great players in the likes of Sebastian Aho, Vincent Trocheck, and Andrei Svechnikov. They’re a rather younger team and have a few veteran players such as their captain, Jordan Staal. Unfortunately, Staal is injured for the foreseeable future, so the Stars will play the Hurricanes without their veteran captain. The biggest threat from the Hurricanes would be their forecheck with their top two lines. They have fast players and the Stars will need to corral and sustain their pressure on the ice if they want to keep the Hurricanes from having a strong chance of winning. Columbus sits at the top of the division with 8 games played and a record 0f 3-2-3. Columbus has been a hard team to predict, especially with the gain of Patrik Laine, a threat from Winnipeg who is always a problem for the Stars. For the Stars to earn wins for their two games with the Blue Jackets, they will need to control the pace of the game and will need to force turnovers by cutting off the Blue Jackets’ passing lanes. The Stars will need to make the Hurricanes and the Blue Jackets play sloppy and the Stars will need to work the zones to keep the two teams on their toes all game. The Stars have kept the puck moving and have sustained the pressure on the past two series they have played and they will need to keep this up if they want to stay the only undefeated team in the league.

These past 4 games have brought back memories from the bubble playoffs and how well the Stars looked at some points during those games. The Stars will need to keep that fire and energy going into these next few series. On this Revenge tour, the Stars will need to treat every series with every team the same; they will need to play aggressive hockey and keep the pace around the ice. They will have to keep pressure while on the back check, in the neutral zone, and on the forecheck. With Joe Pavs leading the team in points and the young guys stepping up in the absence of our injured players, the Stars are going to be the team to beat in the Central division.

Sun Jan 31 , 2021
Baseball is an amazing sport. A wooden bat cracks a white leather ball with red threads. The ball simmers through the air and then bounces off the dirt into the leather glove of a charging athlete. The athlete gathers the ball in their glove, grabs the ball with their other bare […] 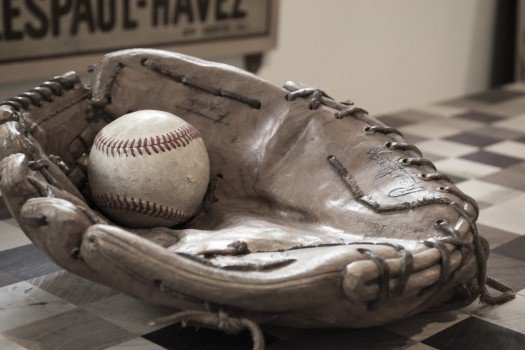