The Seattle Seahawks lost another football game on the road on Monday night against The Washington Football Team by a final score of 17-15.

The Pete Carroll days may be numbered with Seattle not only as a head coach but possibly also as the Executive Vice President of Football Operations. Russell Wilson is clearly unhappy and he may be dealt. The Seahawks may potentially be in a rebuilding situation after this season. They are stuck in cap hell and need draft picks.

Which coach can potentially come in and be the head coach in 2022 and beyond for a potentially rebuilding job?

Dave Canales: Offensive Passing Game Coordinator Seattle Seahawks: It is very possible that no one will want the Seattle Seahawks coaching job, so they may have to hire within the organization. Canales has worked with quarterback Russell Wilson for several years. He is maybe able to work with a new quarterback or potentially Geno Smith in 2022 and potentially beyond.

Todd Downing: Offensive Coordinator Tennessee Titans: The Tennessee Titans have had to work with many different players this year due to injury. Todd Downing has worked his way up the depth chart as well. He was the tight ends coach for Tennessee just two years ago. This is Downing’s first season as the Titans offensive coordinator after Arthur Smith took a head coaching job with the Atlanta Falcons. If Downing took the job, he would be the third offensive coordinator under Mike Vrabel to leave (Matt LaFleur to the Green Bay Packers) was the other one.

The Washington Football Team’s (5-6) next game will be on the road against the Las Vegas Raiders (6-5) next Sunday and they are currently the seventh seed in the NFC.

The Seattle Seahawks (3-8) are currently in last place in the NFC West and their next game will be at home against the San Francisco 49ers (6-5) on Sunday.

Tue Nov 30 , 2021
On November 26th, 27th, and 28th, 2021, something marvelous happened in the sporting world. It was The Perfect Weekend in Cincinnati. Find out why, as the Bearcats and Bengals bring happiness to the Queen City. It's NOT on Dayton radio, it's ONLY on the LOCAL Cin-Day Sports podcast! 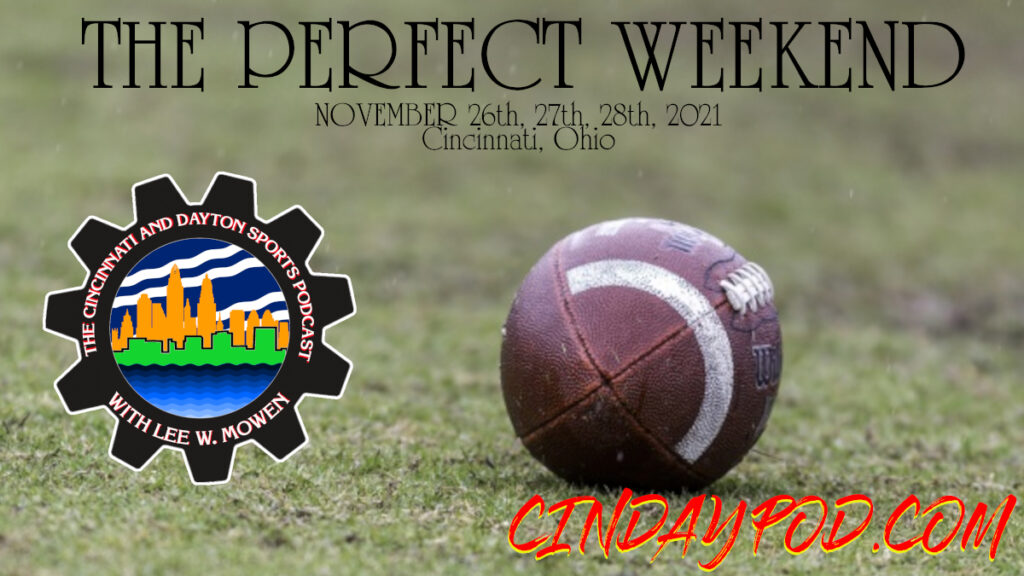