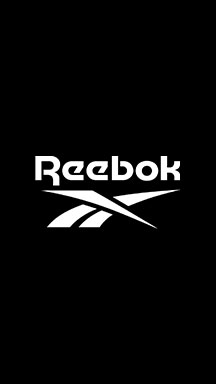 It’s Draft Week. This Friday the 23rd the next class of NHL rookies will get the phone call they have been dreaming of for the majority of their lives. Players will climb, players will fall as the Draft is truly one of the more unpredictable events in the sport. As an Edmonton Oil Kings reporter, this is a truly exciting year as the Oil Kings have two players projected to be taken in the first round. Those two players are Dylan Guenther and Sebastian Cossa. In this article, we will be doing a deep dive on Dylan Guenther who is projected #5 by NHL Central Scouting for North American skaters. Ranked #2 overall by TSN’s Bob McKenzie and #9 overall by TSN’s Craig Button.

Guenther, born in Edmonton, Alberta was able to live the childhood dream of playing for his local Edmonton Oil Kings throughout his entire WHL career. Guenther was selected 1st overall in the 2018 WHL Bantam Draft after having an insane 103 point season in 30 games played with the Northern Alberta U15 Prep team. Dylan was able to play 8 games for the Oil Kings in his 15-year old season, posting 4 points in those games.

As expected with most underage players, the jump in production from their 15-year old season to their 16-year old season is usually big. Guenther helped lead the Oil Kings to a division championship with 59 points in 58 games during his first full WHL season. He capped off his WHL career with a 2PPG season in a COVID shortened 2020-2021 season, 24 points in 12 games.

My NHL comparison for Dylan Guenther is Tyler Seguin with this quote from EliteProspects 2012 NHL Draft Guide explaining his game.

“There’s just no denying the potency of Guenther’s shot. Most of his releases are exploding forward into his shot, increasing power, control, and protecting from backpressure. And on top of that, Guenther has a real knack for finding soft-ice off of the puck. He’s always positioned to collect the biscuit in the soft parts of the offensive zone, a testament to his goalscorer’s savvy.”

He’s projected anywhere in the top 10 with some experts having him as high as #2 and some as low as #10. I project that he’ll go #3 to the Anaheim Ducks. Anaheim was last in the NHL last season in goals per game with only 2.21 and worst in the league with an 8.9 percent power play. Both aspects of the game that Dylan Guenther would immediately help the Ducks. Paired with Anaheim youngster Trevor Zegras, the two could grow into the league together and be the best pairing Anaheim has seen since Getzlaf and Perry.

Anaheim with a nucleus of Zegras, Drysdale, and Guenther could instantly accelerate their rebuild with potent talent. I don’t quite think that Guenther is NHL-ready, especially with shortened last season in the WHL. I would like to see him play one more year with the Oil Kings (selfishly) as the Oil Kings have been a contender the whole time Guenther has been there but haven’t been able to truthfully play for the Memorial Cup due to COVID-19.

Tune in on Friday to see where Dylan Guenther of the Oil Kings gets drafted.