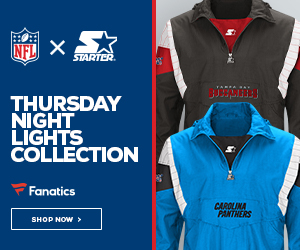 The Ravens secured the number one AFC seed. Seattle got beat by Arizona. San Francisco barely beat the Rams. This is my final #MikeRank of the 2019 NFL season! Enjoy...

1. BALTIMORE RAVENS Lamar Jackson might win MVP unanimously as the Ravens remain red hot. A week 17 rest plus a Playoffs BYE will help. This team most likely will be the favorites. Can they win it all?

2. NEW ORLEANS SAINTS Drew Brees appears locked and loaded. RB Alvin Kamara had a nice game against the Titans. WR Michael Thomas broke the catches record. This team is set up for a deep run.

3. GREEN BAY PACKERS You're telling me Green Bay is 3-0 when Aaron Rodgers DOESN'T throw a touchdown? Someone pinch me. RB Aaron Jones has been great. An emerging WR Allen Lazard has been nice and WR Davante Adams is healthy. Have you heard of the monster DTs named Smith?

4. KANSAS CITY CHIEFS (+3) The best quarterback in the league has a defense? Look out, NFL. KC has hung around all season and now defensive coordinator Steve Spagnuolo is pushing the right buttons.

5. NEW ENGLAND PATRIOTS (+5) They might be cheaters, but RB Sony Michel is getting better. I still think WR Mohamed Sanu could be nice in the Playoffs. The defense is lock down. The win over the Bills shows us the dynasty ain't over... yet.

6. MINNESOTA VIKINGS (-2) Kirk Cousins is back to his old above average self. RB Dalvin Cook did miss the Monday Night game, but that loss was telling. This team's ceiling is based on health and QB play.

7. SAN FRANCISCO 49ERS (-2) I just don't see them winning it all. Jimmy Garoppolo has been underwhelming. You lost to the Falcons then barely eliminate the Rams? Not impressive to me.

8. BUFFALO BILLS (-2) We all were Bills Mafia fans on Saturday until Josh Allen showed us again why he isn't elite. RB Devin Singletary complements a nice physical defense. Coach McDermottt has been awesome, but that loss to New England was NOT a good look.

9. SEATTLE SEAHAWKS (-1) This team remains Russell Wilson or bust. The Cardinals won a game they shouldn't have. Thankfully, after losing RBs CJ Prosise and Chris Carson, former franchise star Marshawn Lynch signed with the team. It's a sexy pick up, but is it gonna be worthwhile?

10. HOUSTON TEXANS (-1) I was impressed two weeks ago in the win over the Titans, but the victory over the Buccaneers was ugly and sloppy. In the Playoffs, will we get awesome Deshaun Watson or inconsistent Deshaun? Time will tell. This just in, star DE JJ Watt is expected to play in the Playoffs. We'll see how much he helps.

IT'S TIME to call week 17 like I see it before it even happens on Thursday December 26th at 10:00AM EST right here on the 12oz Sports Radio Network. I'll pick the final NFL week.

WANNA HELP? Click that shopping link above and get some team gear. It helps the station and myself out if you enjoy the content!

Wed Dec 25 , 2019
The Ravens secured the number one AFC seed. Seattle got beat by Arizona. San Francisco barely beat the Rams. This is my final #MikeRank of the 2019 NFL season! Enjoy...   1. BALTIMORE RAVENS Lamar Jackson might win MVP unanimously as the Ravens remain red hot. A week 17 rest plus […]