With the Covid 19 virus threatening sports, the world is prepared to have all of the fans watching the NFL from their couches this upcoming season. Which is probably for the best, considering “social distancing” seems to be working about as well as thinking the  Taco Bell diet will help you lose weight (Believe me, I’ve considered it). Here at Vegas Squares we want to help you with some player props for the upcoming 2020 NFL season so that you have some season long tickets and maybe root for a few guys you never thought you would’ve. Our favorite teams and players are the one’s who help us cash tickets. Spike and Aaron have decided to make a few wagers on the NFL awards. Let’s just hope the season isn’t postponed and we’re holding pending bets until 2022. Odds provided by MyBookie.ag  Odds based on $100 wager.

Comeback Player of the Year

Cam Newton is coming off of an arduous 2019 season and was subsequently cut by the new regime in Carolina. He sat on the market for a few weeks while other quarterbacks that could arguably be less talented than Cam were signed as Free Agents. It seemed as if Cam was not going to find a home for the start of the season until the “Hoodie” called. Now Cam Newton is battling for a QB1 spot with plans to extend the dynasty in New England post Tom Brady. +200 are the odds for Newton which makes him the current favorite. As of now he’s not even guaranteed to play a down this year. But if he does, and he is healthy, LOOK OUT NFL!

Hilton caught 50 passes in ten games last year for 501 yards and 5 TD’s snaring passes from Jacoby Brissett. Nothing against Jacoby, but at this point he is no Andrew Luck or Phillip Rivers. Rivers may not have much left in the tank, but I believe he will look to the veteran Hilton as somewhat of a safety blanket this year. Zach Pascal had a solid year in 2019 and 2nd round pick Michael Pittman Jr can also be used to take focus off of Hilton in the passing game. The Colts also have a solid running game with the tandem of Marlon Mack and Johnathan Taylor to help setup the pass. If T.Y. can get near his 2018 stats (76 catches, 1270 yards, 6 TDs) then I think we will have a decent sweat with this ticket. At 75/1 it’s always nice to have a sweat.

Defensive Player of the Year 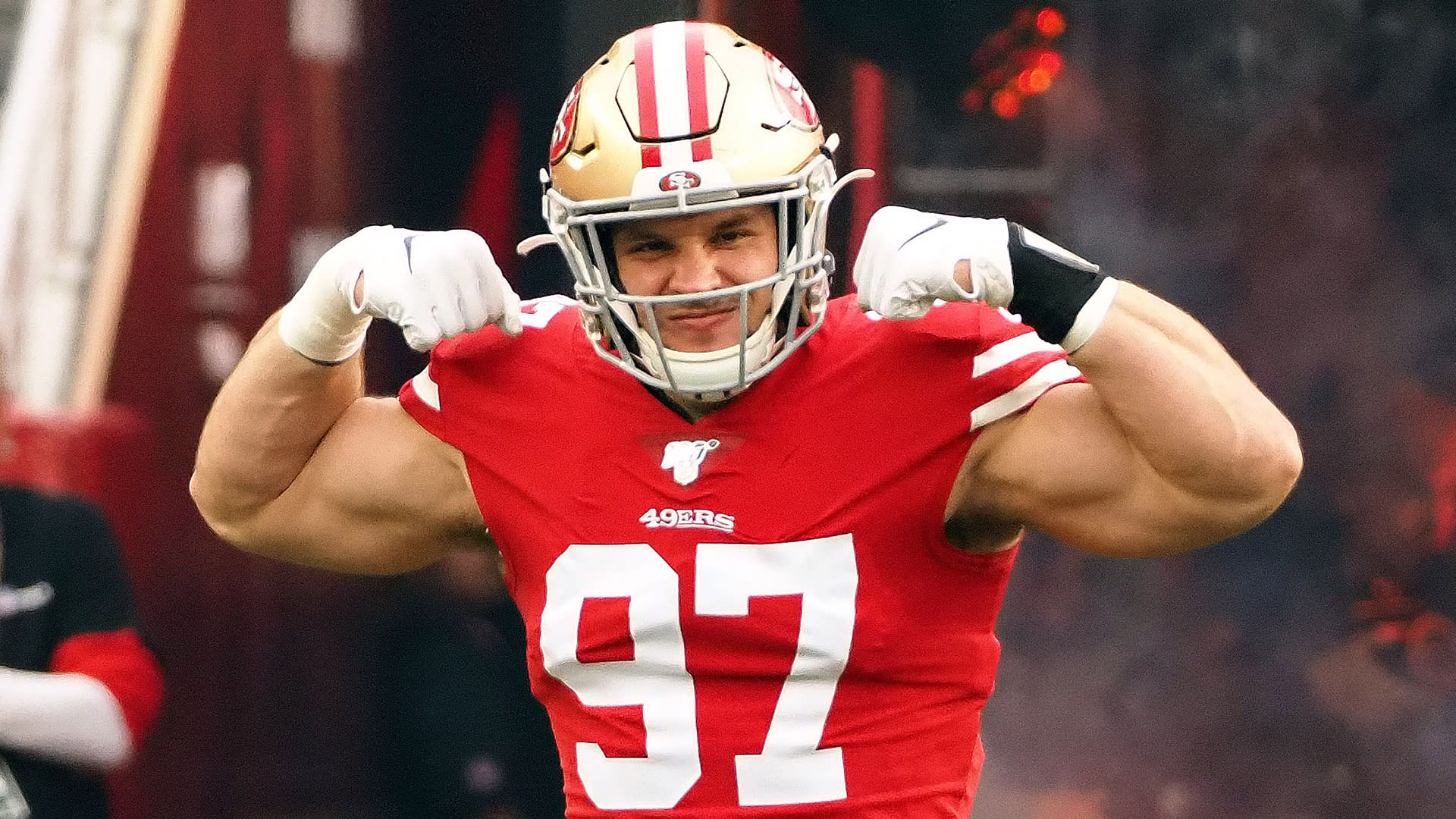 Bosa seemed to be making all the plays last year for the NFC Champion 49ers. When we looked at his stat line, we were floored that he only had 9 sacks. It seemed like he was closer to 19. Last years NFL Defensive Rookie of the Year could very easily improve on that 9 sack total. He’s built like JJ Watt and quick like Khalil Mack and he’s already anchoring a solid defensive line that will only be enhanced by the more Bosa plays. I look for Bosa to fall in the 13-15 sack range. Add maybe 1 or 2 INTs to that and he could be in the running. 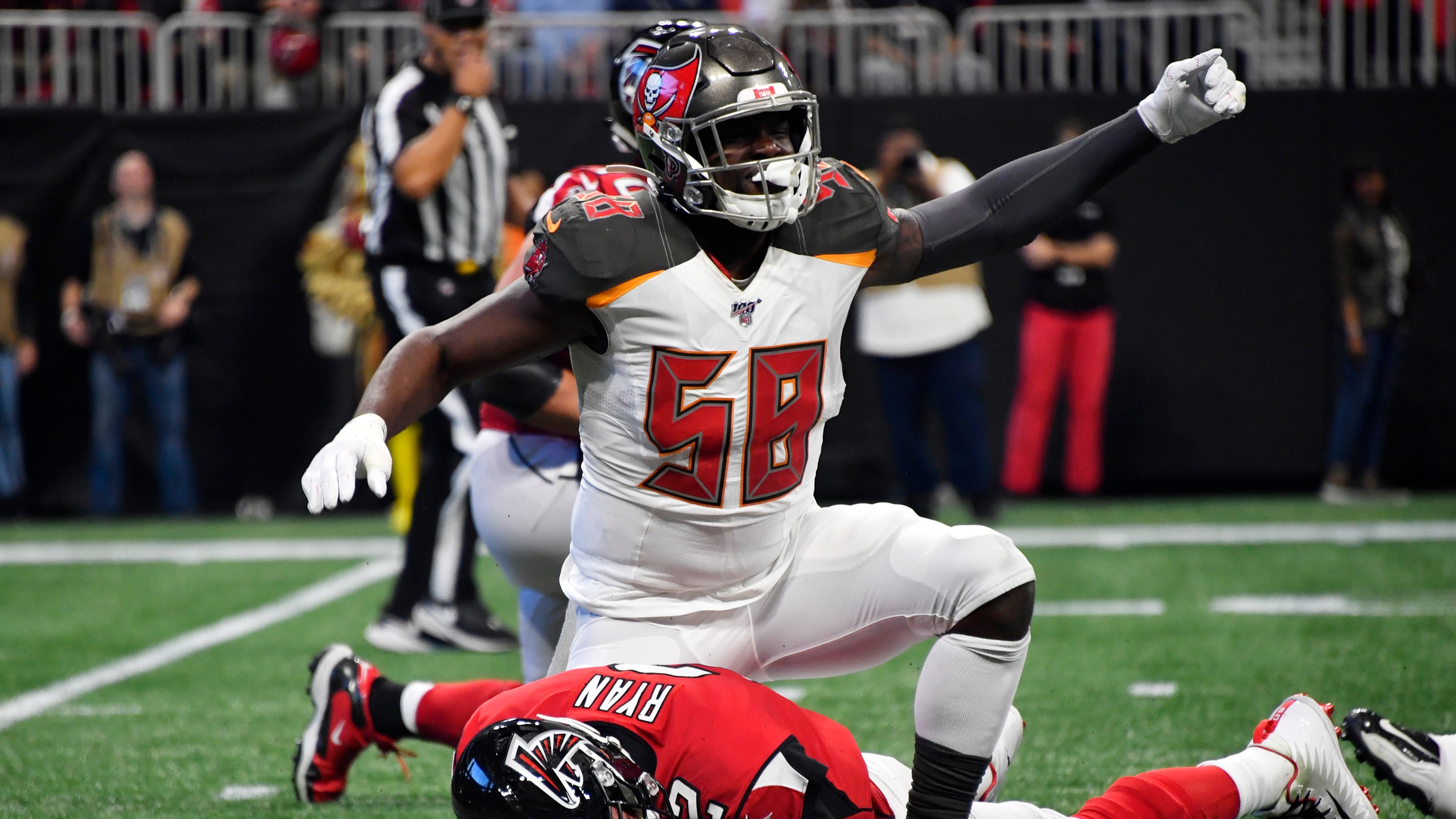 Barrett gave Bucs fans a bit of nostalgia last year, racking up 19.5 sacks and looking very much like Bucs great Simeon Rice. Barrett’s sack total is good enough for 6th all-time in a single season. And how did the Bucs thank him? Slapping that franchise-tag on him. In fairness to the organization, Barrett had only tallied 14 total sacks in his career prior to the 2019 season. I’m thinking Shaquil Barrett comes into 2020 motivated to get locked up financially and if he has another 19/20 sacks, he and I might both cash in.

AP Offensive Rookie of the Year 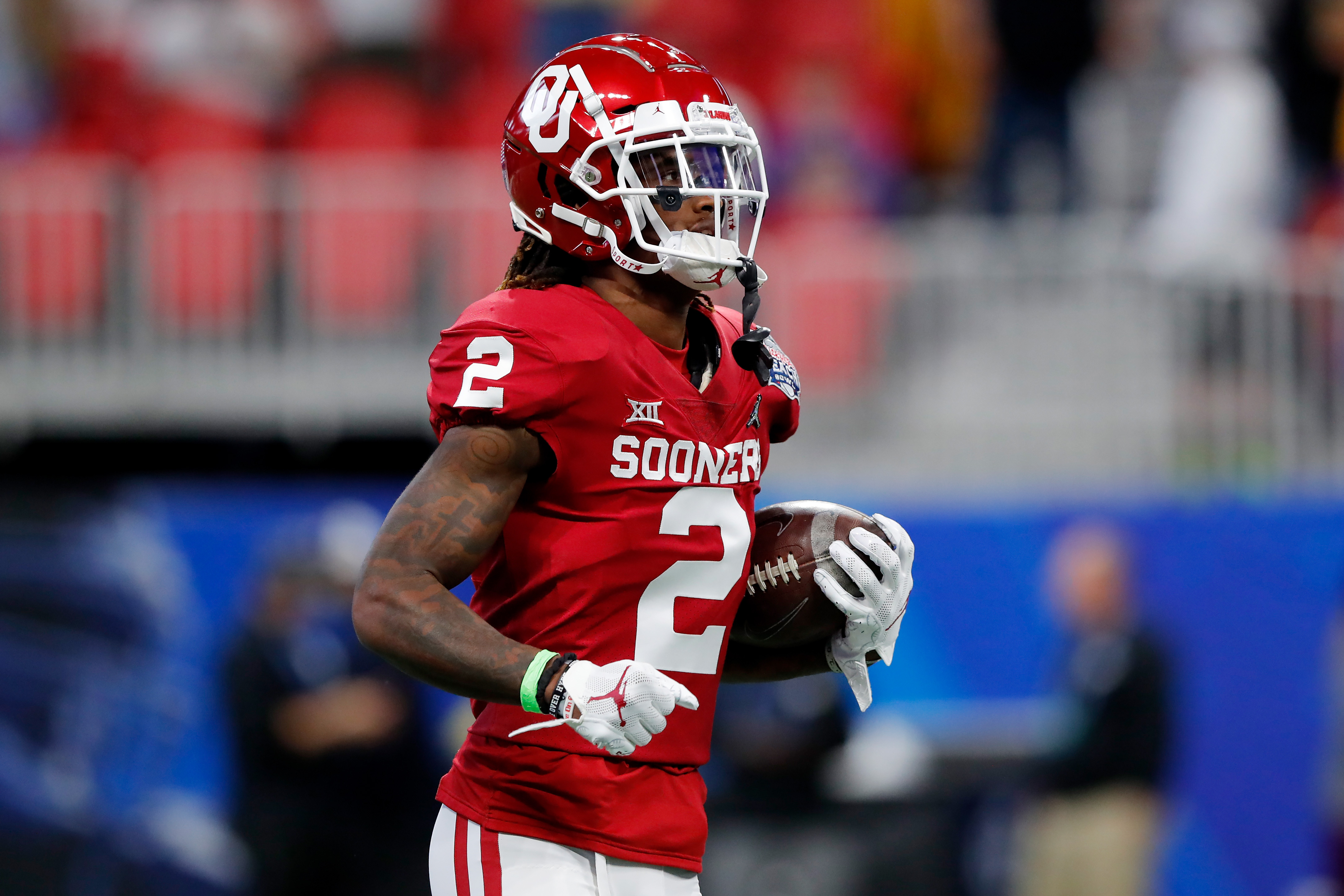 CeeDee Lamb reminds us of Davante Adams, and the Cowboys could definitely use someone of that talent level to compliment Amari Cooper. Lamb has a nice record of catching passes from top NCAA Quarterbacks (Mayfield, Murray, Hurts), all of whom are now in the NFL. The caveat however, is that it’s very hard for a WR to claim this award. It’s only happened 3 times since 2000 (OBJ, Percy Harvin, Anquan Boldin). Lamb will start the season as WR3 on the depth chart but with a motivated QB who is now betting on himself, Lamb could potentially be the benefactor of the double teaming Amari Cooper. If Lamb grabs about 75 balls for 1,100 yards and 7 TDs, he will be a candidate for OffROY. 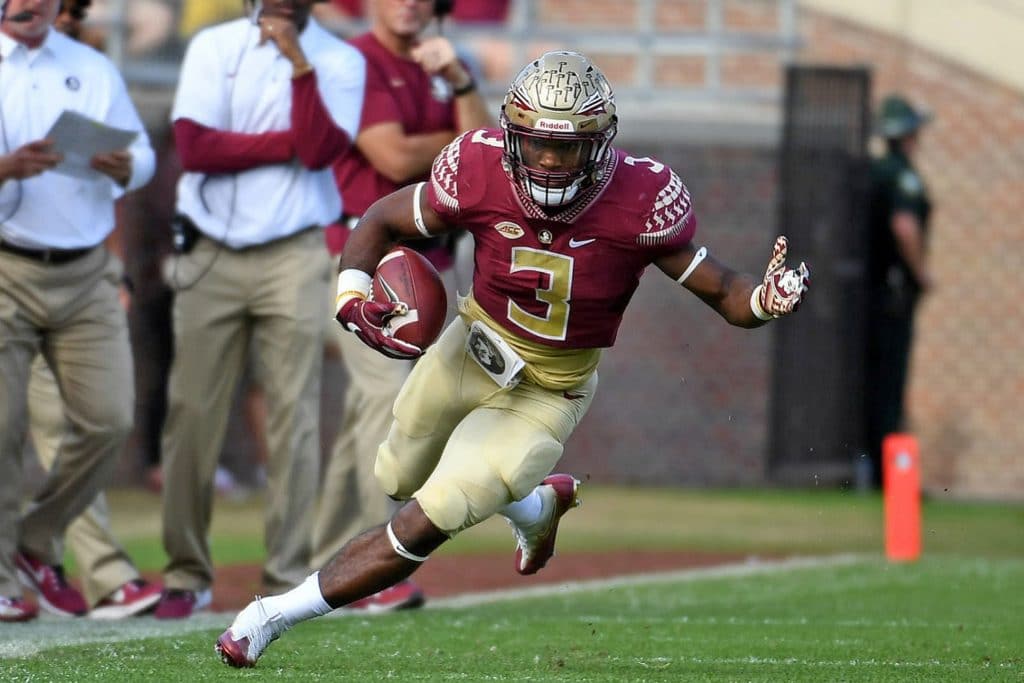 With Brandin Cooks and Todd Gurley gone and Darrell Henderson not doing anything last year to guarantee a starting role, Cam Akers has a good opportunity to step in and do what Gurley did in 2015, win the offensive rookie of the year. Despite being on a bad FSU team, Akers still ran for 2,875 yards and 27 TDs in three years. If Sean McVay can retool Jared Goff so that defenses aren’t stacking the box, then Akers definitely has the speed and moves to pick up where Gurley left off in LA. Since 2000, nine running backs have won the OROY award including Gurley and current stars Saquon Barkley and Alvin Kamara. I’ll say Akers stat line this year, if he is to win this award, will need to be about 1,000-1,100 rush yards and 500-600 receiving yards with around 15 combined touchdowns.

AP Defensive Rookie of the Year

Playing Cornerback in the NFL is harder today than ever in the history of the game. And the voters aren’t traditionally too kind to the position. Since the inception of the DROY awards in 1967, a corner has been selected only 8 times. Since 1990, it’s only happened 4 times (Dale Carter, Charles Woodson, Marcus Peters, Marshon Lattimore). In fact since 1967, only 10 total players in secondary positions have received the award. Okudah is going to have to put up at least 8 INTs this season and the Detroit Lions will have to be relevant. It’s very easy to get lost up in Detroit. But 14/1 are some decent odds to turn in a nice payday.

Now I’ll admit, I didn’t know a ton about Simmons until I watched the Fiesta Bowl against Ohio State last year. He was lined up everywhere, literally, and seemed to never take a play off. I’m pretty sure he won’t be an NFL D-Lineman but the potential for this guy to rack up double digit sacks and/or INTs is just too good to pass up. I didn’t love the 5/1 number (for purposes of the article I wanted to use the same book for all picks)  so if you can find better out there, please do. Arizona is supposed to be the sexy pick for a team on the rise and Simmons should have a hand in that.

AP Coach of the Year 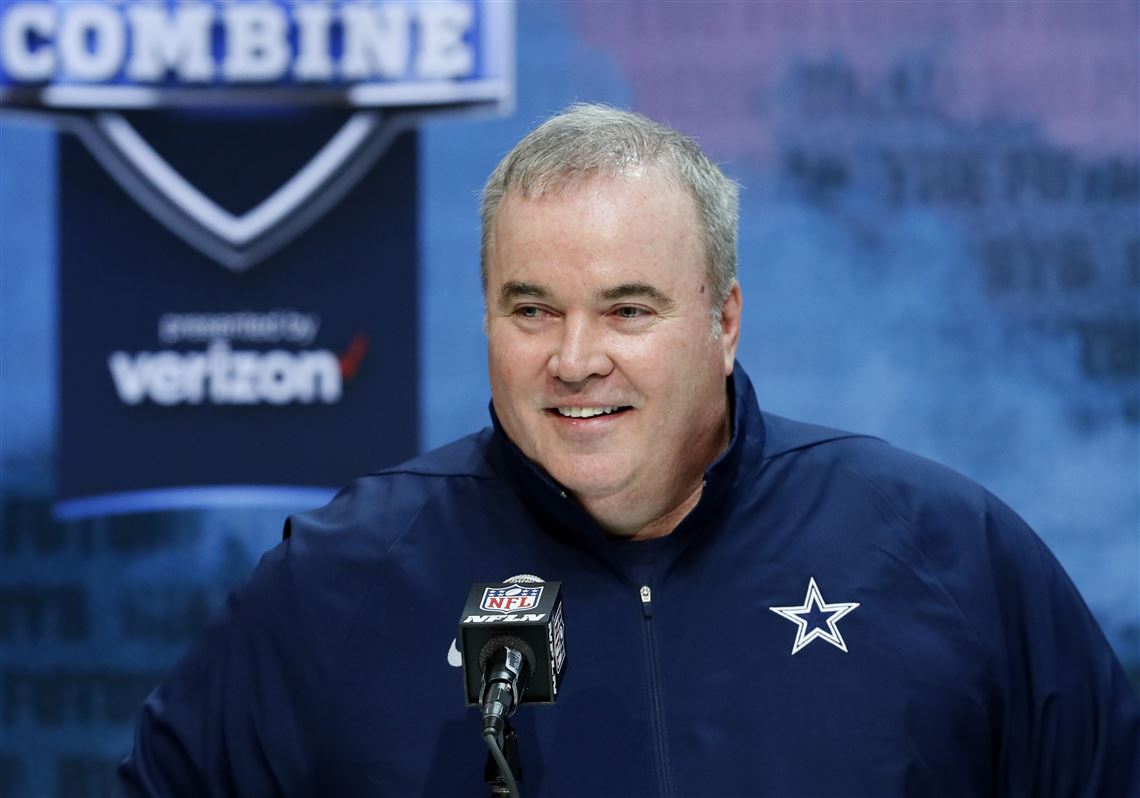 If Mike McCarthy can do what Jason Garrett couldn’t do (get the Cowboys to NFC title game), he’s probably a lock to get this award. So much attention for so many years was the fact that mediocrity was acceptable in Big D. I’m thinking the opposite may happen for McCarthy. He’s got offensive firepower out the wazoo and a QB who needs to perform so that he can get paid the amount he wants. The division should pretty much be a two horse race again between Dallas and Philadelphia. a 12-4 season and a NFC Champ berth or better and this ticket cashes. 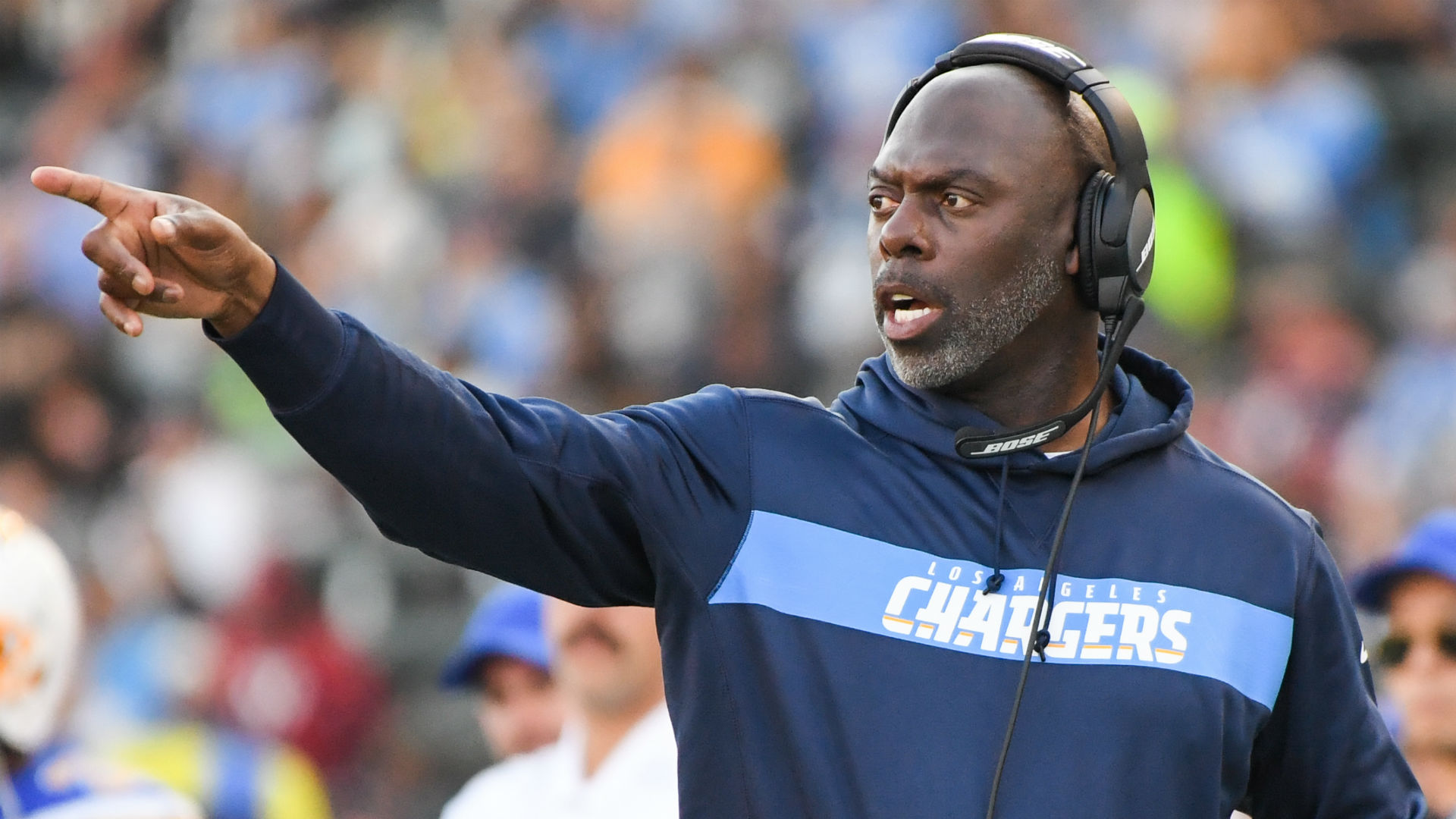 The Philip Rivers era is over in San Diego…errrr…Los Angeles. I’ve always liked Tyrod Taylor. No, he’s not an All World future Hall of Famer, but he can definitely win some games for your ball club. And even better, if Justin Herbert has to come in and LA is still successful, this bet may be a lock. If LA can find a way to win this division (Hey, stranger things have happened!), then this ticket IS a lock! Lynn is a good coach who has had some unfortunate bounces. I’m thinking this may be his last season at the helm if they do not improve, so he has motivation. There were some other tempting picks for COTY. I mean Bill Belichick at 12/1 seemed like a good pick and so did Kliff Kingsbury at 20/1 but ultimately I’ll take a shot on more value than Bill and more talent than Kliff, if Lynn’s Chargers can stay healthy.

THE FALCONS HAVE A NEW LOOK, GET YOUR ATL APPAREL RIGHT HERE!

Sat Jul 18 , 2020
WE SAT DOWN WITH VEGAS SQUARES NEWEST SPONSOR, PRO AM CUSTOMS, TO DISCUSS WHAT THEY DO IN THE WORLD OF CLUB CUSTOMIZATION. I LEARNED A LOT THAT DAY ABOUT THIS NICHE IN THE GOLF WORLD AND IN THE VIDEO, KEVIN TALKS ABOUT ALL THE DIFFERENT KINDS OF DESIGNS AVAILABLE. […]