Use code 12OZ at BetUS and get huge deposit bonuses!!

With the NBA regular season just one week away from today, many people are placing their NBA MVP bets for the 2021-2022 NBA regular season. Nikola Jokic of the Denver Nuggets was the 2020-2021 NBA MVP. On BETUS, Jokic has a +1600 favorite to win the NBA MVP for this season.

In gambling, in order to gain a good amount of money, people need to figure out what is the best lower odds. I will get to that shortly, but the three favorites to win the MVP on BETUS is Luka Doncic (DAL) +400, Stephen Curry (GSW) +500, and Giannis Antetokounmpo (MIL) +600.

Doncic being the favorite isn’t a surprise because he is by far the best player on the Dallas Mavericks and could potentially average a triple-double this season with not having a lot of help around him. Luka Doncic has made it to the playoffs the last two seasons and probably will for a third straight season.

Curry has missed the playoffs the last two seasons with the Golden State Warriors. Steph Curry is not worth the bet for MVP for a couple of reasons: 1. He is starting to become injury-prone. 2. They are a borderline playoff team and may not even have Klay Thompson once again this season.

Betting on Antetokounmpo would be a great move for people. He is my favorite to win the MVP this season. Giannis Antetokounmpo is the most dominant player in today’s NBA. He has won the MVP Award in the last two out of three seasons.

Players with lower odds I would bet on: Kevin Durant +800: Now a +800 isn’t that much lower than what is on the list, but not having Kyrie Irving for most of the season is going to open up the door for a potential Kevin Durant MVP season. The only other player that the Brooklyn Nets will have consistently as a star is James Harden.

Durant is one of the most prolific scorers in the NBA of all time. He is easily a Top 3 player in the NBA.

Trae Young (ATL) +2000: He had a breakout party during the 2021 NBA Playoffs. Trae Young carried them to the Eastern Conference Finals before he was injured. They lost to the Milwaukee Bucks in six games, but Young made his teammates better throughout the process and Young can also shoot the 3-ball.

Trae Young had Atlanta as the number five seed in the Eastern Conference this season. The Hawks could even be better this season with Nate McMillan as the head coach.

Can the Tampa Bay Lightning do it again?

Tue Oct 12 , 2021
Finally the 2021-2022 NHL season is upon us as Wednesday the puck drops on the new campaign. One thing stands true, the Tampa Bay Lightning are still the team to beat in the NHL. Tampa is coming off back-to-back Stanley Cup wins, the first coming in the COVID bubble […] 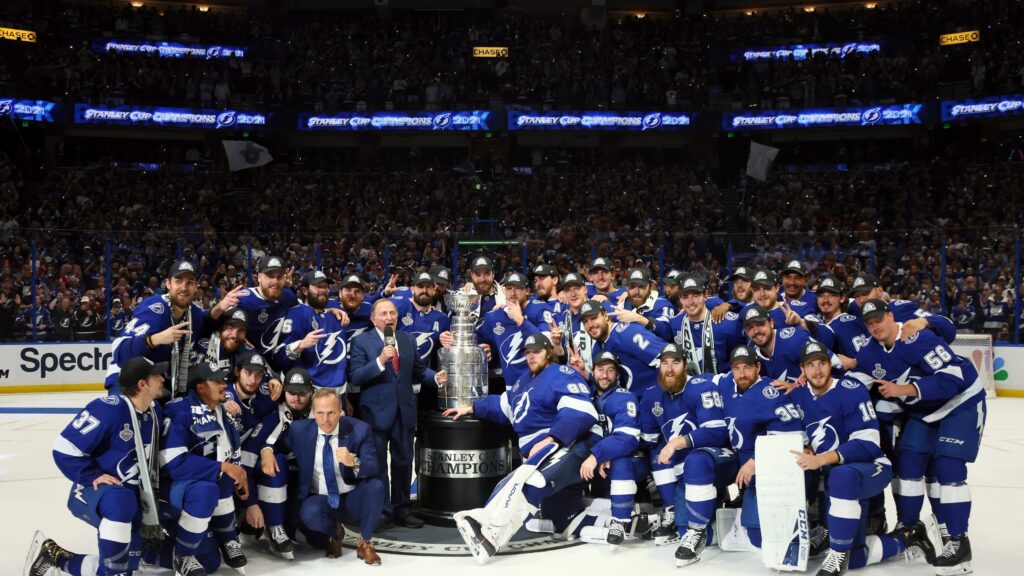