The Kansas City Chiefs were looking to avoid a potential upset and letdown at home on Sunday afternoon against the Pittsburgh Steelers. Kansas City dominated Pittsburgh from start to finish in a 36-10 win.

The Chiefs have won eight consecutive games and they have also won the AFC West crown for the past six consecutive years. This is never getting old for Kansas City and its fan base. They are one of the most well-run organizations in the entire NFL.

Patrick Mahomes was slinging out there today for the Kansas City Chiefs. He completed 23-of-30 passes for 258 yards and three touchdowns.

Byron Pringle was the Chiefs leading receiver with six receptions for 75 yards receiving and two touchdowns.

Darrel Williams was the Kansas City Chiefs leading rusher in this football game with 55 yards rushing on 11 carries. They always have different players stepping up each and every football game. This is a credit to head coach Andy Reid and his coaching staff, along with general manager Brett Veach.

Their defense is really good as of late also.

The Kansas City Chiefs (11-4) are currently the number one seed in the AFC and they will also have a huge game on the road in the AFC next Sunday against the Cincinnati Bengals (9-6).

The Pittsburgh Steelers (7-7-1) will host the Cleveland Browns (7-8) in an elimination game for the AFC Wild Card Standings next Monday night.

Sun Dec 26 , 2021
Familiarity breeds contempt, that’s not a phrase for the faint of heart, however it accurately describes the ebb and flow of today’s second game of the 2022 IIHF World Juniors as the puck dropped this time from the Centrium in Red Deer, Alberta. Both teams came into today’s game with […] 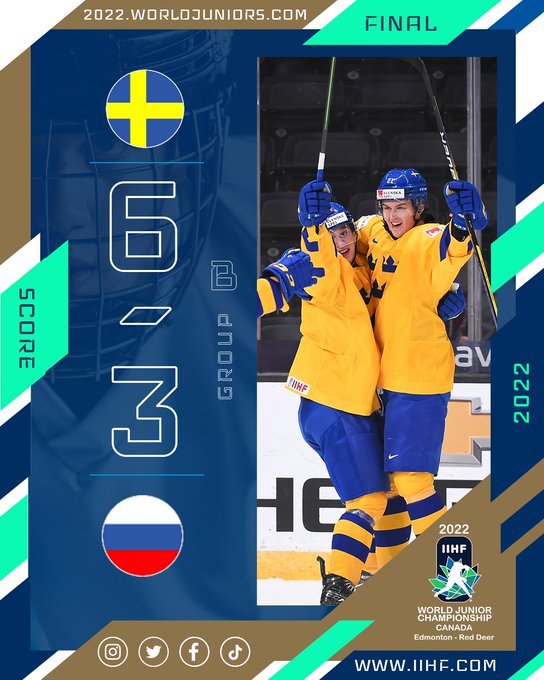