The New York Giants were decimated by injuries in a 44-20 loss on the road on Sunday afternoon against the Dallas Cowboys.

There didn’t seem to be a lot of bright spots this weekend. There were injuries to Andrew Thomas (ankle), Daniel Jones (concussion), Saquon Barkley (ankle), and Kenny Golladay on Sunday afternoon. It appears as if Kadarius Toney is the real deal for New York. He was the only bright spot for them in the loss.

Toney finished with 10 receptions for 189 yards receiving and also rushed for seven yards on one carry. Kadarius Toney was a first-round pick in the 2021 NFL Draft out of the University of Florida.

Kadarius Toney is a wide receiver that has dangerous speed every time he touches the football. He also makes tremendous catches in traffic. Toney isn’t a big wide receiver at 6’0″, but his shiftiness is what is going to cause problems for defenders in the NFL for a very long time. He was catching passes from Daniel Jones and also backup quarterback Mike Glennon.

This was one of the very few picks that general manager Dave Gettleman nailed. I am still critical of him of course, but Gettleman deserves credit for this at the very least. Watching Toney play reminds me of Tyreek Hill on the Kansas City Chiefs.

The New York Giants need more wide receivers like Kadarius Toney. This is what today’s NFL is all about: Offense and speed. This is a good building block player to have moving forward, but they are going to need much more in the immediate future.

Toney is going to be the number one wide receiver from here on out. He will no longer be buried on the depth chart. The fact he barely saw the field in the first three weeks of the regular season is coaching malpractice by head coach Joe Judge and offensive coordinator Jason Garrett.

The potential injury list at the wide receiver position for this team is as follows: Kenny Golladay (hyperextended knee), Sterling Shepard, and Darius Slayton. The current top three wide receivers on the roster are Kadarius Toney, John Ross II, and C.J. Board.

Kadarius Toney was also ejected in the fourth quarter for throwing a punch on a Dallas Cowboys player. The good news is that he won’t be suspended and he will only face a fine from the league. However, owner John Mara needs to be concerned about the loss this football team has done over the last five years with an 18-50 record.

This player is a highlight reel and film waiting to happen every time he touches the football. Kadarius Toney’s number will be called upon a lot for the next several weeks and possibly the rest of the season for the New York Giants.

The Kansas City Chiefs Are in Trouble

Mon Oct 11 , 2021
The Kansas City Chiefs were favorites to potentially win the AFC entering the 2021 season once again. Kansas City has looked anything but the best team in the NFL so far this season. They were pounced on Sunday night football against the Buffalo Bills by the final score of 38-20. […] 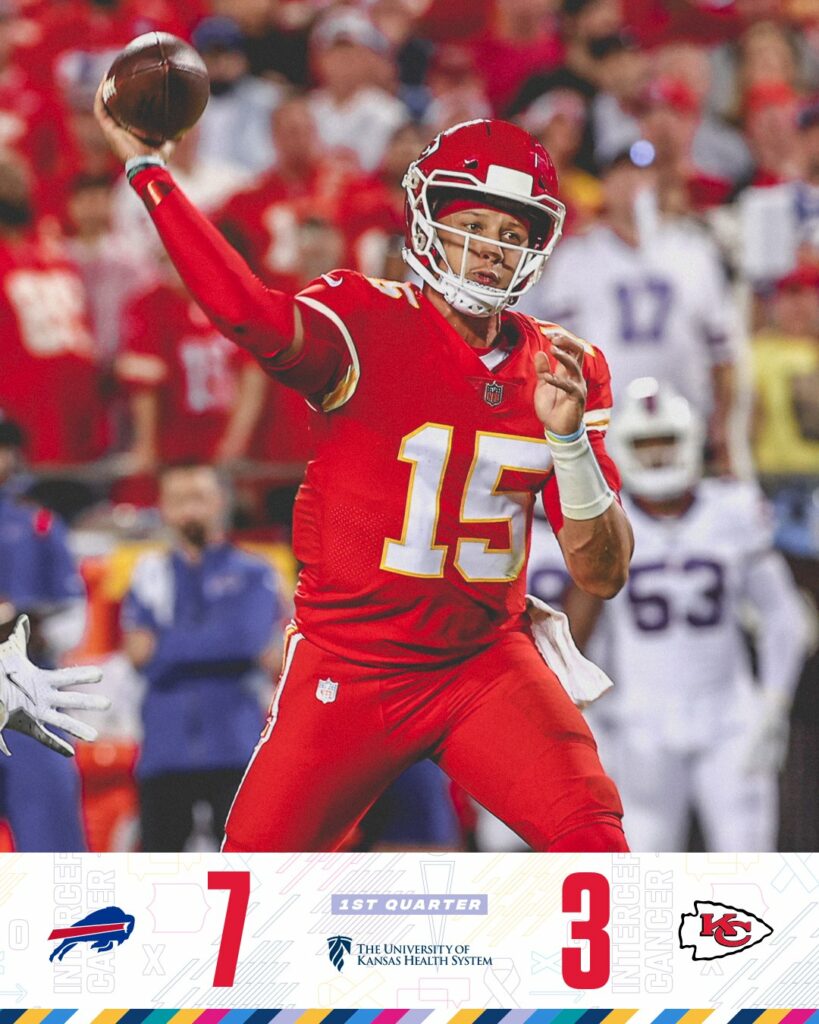