The Buffalo Bills offense was shaky in a Week 1 loss against the Pittsburgh Steelers at home. Buffalo’s offense bounced back in a big way against the Miami Dolphins on the road in a 35-0 shutout win in Week 2.

Josh Allen was a little bit shaky for the second consecutive week. He completed 17-of-33 passes for 179 yards, two touchdowns, and one interception. Allen also rushed for 35 yards on five carries.

When Buffalo led 7-0 in the first quarter, Allen threw his first touchdown pass of the day to Stefon Diggs from five yards out after scrambling on the play. Diggs finished with four receptions for 60 yards receiving and a touchdown. He was the Bills leading wide receiver on the day.

When they led 14-0 in the third quarter, Josh Allen threw his other touchdown pass to Dawson Knox from eight yards out. The Buffalo Bills defense was solid for the consecutive week.

Miami Dolphins quarterback Tua Tagovailoa left the game in the first quarter with an injury to his ribs. He was carted off the field and he did not return. Miami’s quarterback for the rest of the game was Jacoby Brissett. 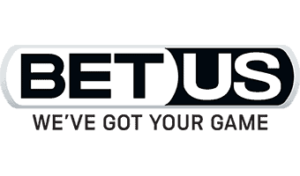 If Tagovailoa has to miss a lengthy period of time, will Miami be in the market for a quarterback like Deshaun Watson (Houston Texans) or Jimmy Garoppolo (San Francisco 49ers)? Brian Flores and the front office of the Miami Dolphins will have to make that decision.

This was a huge win early in the season for Buffalo. Had they dropped to 0-2, there would have been a sense of urgency for them heading into Week 3. Instead, they will be just fine.

College Fan of the Year: Nominee #1

Mon Sep 20 , 2021
You know a rivalry is next level, if you go into hostile Happy Valley on whiteout night, in your Bama gear, to root for your rival Auburn to lose to the Nittany Lions. Kudos my dear friend, kudos.   Rick Karle WVTM 13 on Twitter: “.@AlabamaFTBL fan somehow found himself […]