The Philadelphia Eagles will have a lot of questions to answer about quarterback Jalen Hurts this offseason. He and Philadelphia were completely outmatched on the road in the NFC Wild Card Round against the Tampa Bay Buccaneers by a final score of 31-15.

Tampa Bay had a 31-0 lead at one point and the Eagles scored 15 points in the fourth quarter when this football game was out of reach. Jalen Hurts couldn’t throw the ball down the field and he also wasn’t reading the field properly. Hurts did not beat one playoff team all season long. He had under 40 yards passing in the first half.

I actually thought that Philadelphia Eagles head coach Nick Sirianni was going to bench him for Gardner Minshew II, but it never happened or even crossed his mind.

Jalen Hurts completed 23-of-43 passes for 258 yards, one touchdown, and two interceptions. He also rushed for 39 yards on eight carries.

Philadelphia has the draft capital to land Russell Wilson from the Seattle Seahawks, Aaron Rodgers from the Green Bay Packers, or Deshaun Watson from the Houston Texans.

I think general manager Howie Roseman, head coach Nick Sirianni, and owner Jeffrey Lurie will discuss it. However, do any of these quarterbacks want to play in an extremely tough fan city and media market in Philadelphia, Pennsylvania? They ran Carson Wentz and his family out of town. I am not sure if Wilson wants his family to go here, Rodgers probably would tell everyone to go jump in a lake, and we are not sure about Watson’s legal situation currently.

They may have no choice but to stick with Jalen Hurts in 2022. They should use two of their draft picks on the defensive side of the football and use the other one on a wide receiver to play on the opposite side of Devonta Smith.

The Philadelphia Eagles (9-9) season concludes and we will see where they go from here.

Time To Do Away With NBA Age Restrictions

Sun Jan 16 , 2022
Time For The NBA To Do Away With Age Restrictions Amir Johnson who found most of his success with the Toronto Raptors should be a name familiar to many NBA fans. Most may not know however he was the last player drafted to the NBA out of high school as […] 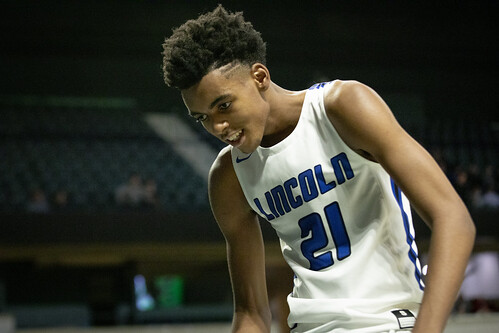