The Harbaugh Sweepstakes are in swing!  He's on a plane to Las Vegas.  No wait, he is in Yost Arena watching the Wolverines hockey team against UMass.  Miami fires Brian Flores, making way for alum Stephen Ross to hire Jimmy,  Wait, he says he didn't do it to lure his fellow alum to South Florida.  He is going to Chicago, no wait.......you get the picture.  You have personalities saying that Michigan is a socialist university and that is the reason Harbaugh is leaving.  This thing is getting so comical, I am having a great time just reading all the theories.  I guess I will throw my two cents in....HARBAUGH IS NOT GOING ANYWHERE.

There I said it.  But what it got me to thinking this afternoon is, is he holding Michigan hostage?  It brings back memories of a coach that he played against back in the 1980s.   A former player and professional coach that took over a floundering program and brought them to the top of the Big Ten mountain.  That coach would be none other than George Perles.  Perles took over a floundering program from Muddy Waters and methodically took them to the top of that mountain and also parlayed that with a Rose Bowl victory over USC.  That team was personified Perles.  Tough, grind it out, great defense.   They were on the brink.  But right after that, the NFL came calling.  they pressed and pressed hard.   Indianapolis made him an offer he almost couldn't refuse.  He leveraged a better deal with MSU through that.  He was offered the job at Green Bay.   He leveraged more from Michigan State.  He had then Attorney General Frank Kelley in his basement asking what would it take for him to stay in East Lansing.  He ultimately became athletic director and coach at MSU, and got lifetime benefits for himself and his family.   It was a situation that didn't turn out so great for Perles and MSU.  It was a bad look for MSU and Perles.   Perles was ultimately let go a few years later, after minor infractions were uncovered, sanctions that were ultimately cleared by the NCAA.

Now I have no proof of any of this postering is going on down the road in Ann Arbor.  You hear all the rumors.  Harbaugh wants a budget that is in the $12 million a year range for him and his assistants.  You hear that he wants a better NIL system in Ann Arbor, that Michigan alum doesn't have the willingness or the NIL network that some of the powerhouse schools have (SEC, Ohio State, etc.).   The stories are out that he is talking to recruits telling them that he is listening to NFL offers.   I subscribe to the fact that every coach listens.  Their agents may take the call, but they listen.   But take a realistic look at what is out there in the NFL.  The best opening as far as quarterback talent goes, may be Las Vegas.  Do you trust in Tua?  Justin Fields is a project.  Kirk Cousins is a stat padder, reminds me a lot of Matt Stafford.  Denver has no quarterback.  It is proven now that you have to have an above average quarterback to make it to the playoffs.  Does Harbaugh want that?   Does Harbaugh want this?  Does he want total control?  Will any of those ownership groups give him that?  Harbaugh has proven he is a winner no matter where he goes.  I also think he is sincere that he wants to finish what he started.  His family will also come first.  they like it there in Ann Arbor.   I just don't see him leaving.  I really don't.  Do I think he pulls a Perles?  No.  I don't think he has the cache that Perles had over 30 years ago.  In this day and age, alum take care of the salaries.  Does AD Wade Manuel have the cache to help keep him.    Harbaugh may take a page out of the George Perles playbook, but ultimately, he stays.

Black Monday has hit...actually it hit a day early with Denver, courtesy of their stumbling loss to Kansas City.  But Monday came, and the axe was still sharp.  Nagy and Pace out in Chicago.  Zimmer and Spielman out in Minnesota, and the surprise of the day, Brian Flores is out in Miami.  Not surprised with the first three.  Surprised with Flores.   Didn't see that one coming.  But we live in a new NFL.   It looked like Zimmer lost the locker room.  His message had become stale.  Not letting Jefferson go for a record yesterday in a meaningless game may have been the final straw, but his tough guy routine lost the locker room.  Chicago has a reputation of not firing coaches during the year.  Nagy was dead man walking all year.  But Flores? Really?  What the hell is going on down there.  Stephen Ross is out of control.  The clown costumes should have been worn in South Florida.  Winning 8 out of the last 9 wasn't good enough.  I am really interested to hear from the players on the situation.  So you bring in a new coach.  Do you keep Tua?  Is this a pre requisite of the next coach?  Does Ross even know what the hell he is doing?  But this is the question now with all the openings.  Quarterback.  Who really is excited to come into Minnesota, knowing they have to deal with a $45 million cap hit with Cousins, a coach who hasn't proven he can win a big game.  An unknown in Justin Fields.  Raw talent...but an aging defense and offensive line.  No Quarterback in Denver.  De they really thin they can lure a trade for Aaron Rodgers or Russell Wilson?    I go back to the Harbaugh question....why would he want to leave Michigan for any of this?  All of these teams are facing total rebuild.   Ok, I know, I know....$$$$$.  It speaks volumes.  And we all know there will be a team or two to pull the plug.  I wouldn't rest quite so easy if I am Joe Judge, just yet.

Finally...this article is written right before kickoff of the big game.  Georgia vs. Alabama.   Is the "Smart Money" on Georgia?  Can you beat a team like Georgia twice in one year?  IS Bryce Young going to be too much for that vaunted Georgia defense again?  Is Stetson Bennett able to tame the Alabama defense?  I truly am befuddled.    "To Be the Man, You Have to Beat the Man!"- Ric Flair.   I'll take Alabama, money line.  But my heart says Georgia.  Ugh...I will just watch the game....Ok, I will jump off the fence.  Alabama.  34-31.

Tue Jan 11 , 2022
The Harbaugh Sweepstakes are in swing!  He's on a plane to Las Vegas.  No wait, he is in Yost Arena watching the Wolverines hockey team against UMass.  Miami fires Brian Flores, making way for alum Stephen Ross to hire Jimmy,  Wait, he says he didn't do it to lure his […] 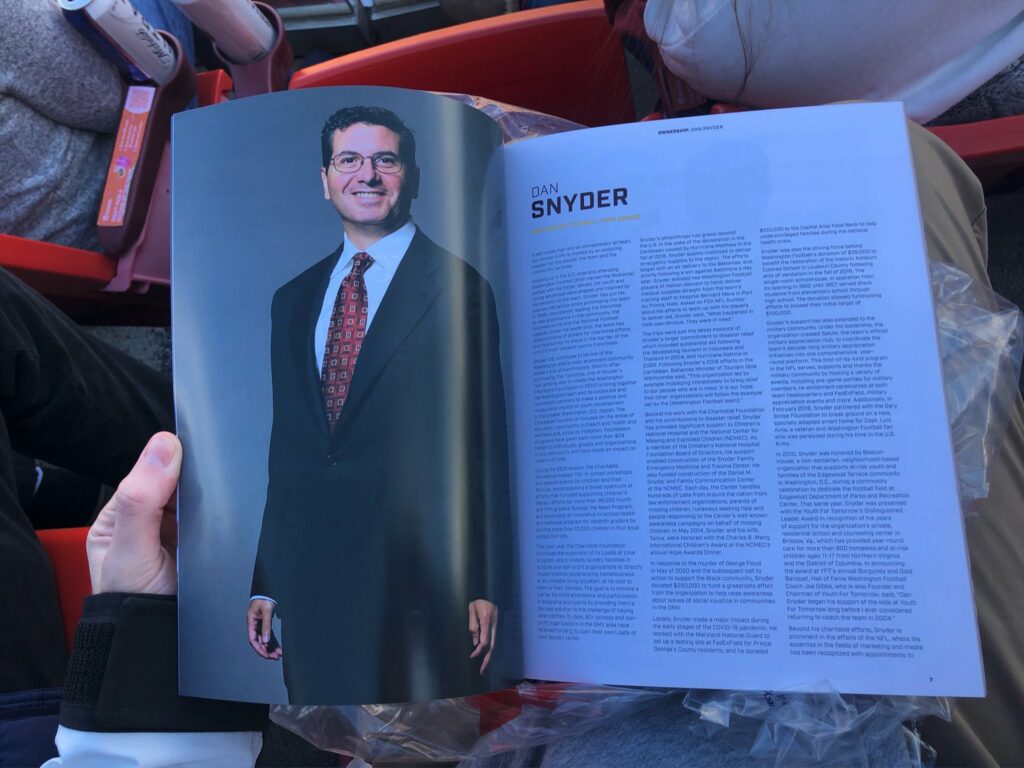