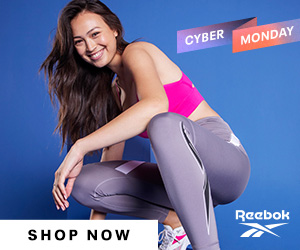 When I first heard the news, I immediately went into Michael Scott mode.....

When the dust settled from that overreaction, I realized this would take a lot of consent. Not by the NCAA of course, they will never let go of their cash cow until they are forced to do so. However, if all the BYU's and UCF's and the other acronym teams band together, what we will have is a second-tier D1 level, governing themselves, which is exactly what college football needs. Full disclosure, I have been calling for a super conference for several years and I am not the only one.

It seems as though an independent commission comprised of former University President's, coaches, and athletic leaders have been studying college football and it's "broken governance model." What they found is the best move forward for college football is for the top-level teams to govern themselves, or in other words, form a super conference. Because of the wide disparity of revenues in football only, and the seemingly low glass ceiling for "mid-majors", the group said it discovered that many leaders in the industry believe the time has come for significant change.

Personally, I think the UCF's and BYU's should be the ones to create their own conference, and leave the NCAA behind, the very organization that sticks it to them time and again in football.

From ESPN (2020), "Every other sport looks like a duck and walks like a duck and probably is a duck," Knight Commission co-chair Arne Duncan told ESPN. "That one [football] looks like a pterodactyl. It's not like the others, and it's had a wildly disproportionate impact on everything else. It doesn't make sense" (para. 4).

The group has no authority to initiate any changes, however, they did meet with the devil himself, Mark Emmert (NCAA President) on Thursday. The NCAA then produced another vanilla, bullshit corporate-like statement:

"The governance and oversight of college sports are determined by the presidents of the schools who participate," the NCAA said in a statement. "The nearly 1,100 presidents of NCAA schools have consistently sought to create the most effective and fair ways to support student-athletes. Presently, the NCAA is discussing the long-term sustainability of intercollegiate athletics. These discussions are focused on promoting the education, health and safety, and fair treatment of college athletes. NCAA members within Division I have long sought to include a diverse representation of schools while supporting all student-athletes in similar ways."

Spoiler alert, unless those student-athletes are $100 bills, they really don't care all that much.

While this is very exciting, I guess we will find out how feasible this is. I can only imagine the Power 5 is interested and the NCAA is not, so I think some kind of movement, or denial, will happen in the near future.

Fri Dec 4 , 2020
It's a special Mowen's Mailbag episode! Thanks to everyone to asking questions for Episode 194, ranging from Reds and Bengals to High School Hockey and more! It's the #LOCALCinDaySports podcast!