The New York Giants lost to the Dallas Cowboys on Sunday afternoon at home at MetLife Stadium in East Rutherford, New Jersey by a final score of 21-6. The score wasn’t that close even though it might have indicated it.

There was a barrage of Cowboys fans at the game. One of the promotions to convince Giants fans to attend was a free soda. Let me tell you something, a free soda wouldn’t convince me to come to watch this garbage trash team and you’re going to have to do a lot better than that and I am a guy who doesn’t even like soda anyways.

This product is so bad and this is the worst stretch in New York Giants history. This is the fifth consecutive season where this football team has lost 10 games and the New York Giants fanbase is totally numb at this point to lose. New York fans are fed up and do owner John Mara even care about this football team? Does he want them to watch burn into the ground even more because it seems like it?

He has too many fingerprints on this football team. John Mara needs to step back and let other outsiders do this job. He has to fire everyone. The fact he wants to keep Joe Judge for the third season is completely delusional. The fact that Joe Judge continues to say they do good things and can’t execute them in a game is a tired act.

General manager Dave Gettleman has done a porous job constructing this roster. He has made it worse than when he first found it when Jerry Reese was fired as the general manager.

The only players he got right were Andrew Thomas, Kadarius Toney, Azeez Ojulari, and Xavier McKinney. He did not get Saquon Barkley and Daniel Jones right either. Jones’s career might be over due to a neck injury.

Mike Glennon completed 13-of-24 passes for 99 yards and three interceptions. He is so bad. Glennon was bad behind a bad offensive line, but Mike Glennon is not an NFL-caliber quarterback. He is Nathan Peterman bad at this point.

Jake Fromm should start the final three games for the New York Giants and see what they have with him. Fromm completed 6-of-12 passes for 82 yards. He came in the fourth quarter for the Giants. *If Fromm doesn’t start these final three games, this organization is clueless.

The New York Giants fanbase wanted their own team to lose to arch-rivals in the Dallas Cowboys and owner Jerry Jones. Hopefully, owner John Mara finally cares and pulls the plug on everything once the regular season ends.

Mon Dec 20 , 2021
The Green Bay Packers made a 2-point stand after an 8-yard rushing touchdown by Tyler Huntley for the Baltimore Ravens in the fourth quarter. Green Bay won the football game over Baltimore by a final score of 31-30 and Aaron Rodgers had a lot to do with it. Aaron Rodgers […] 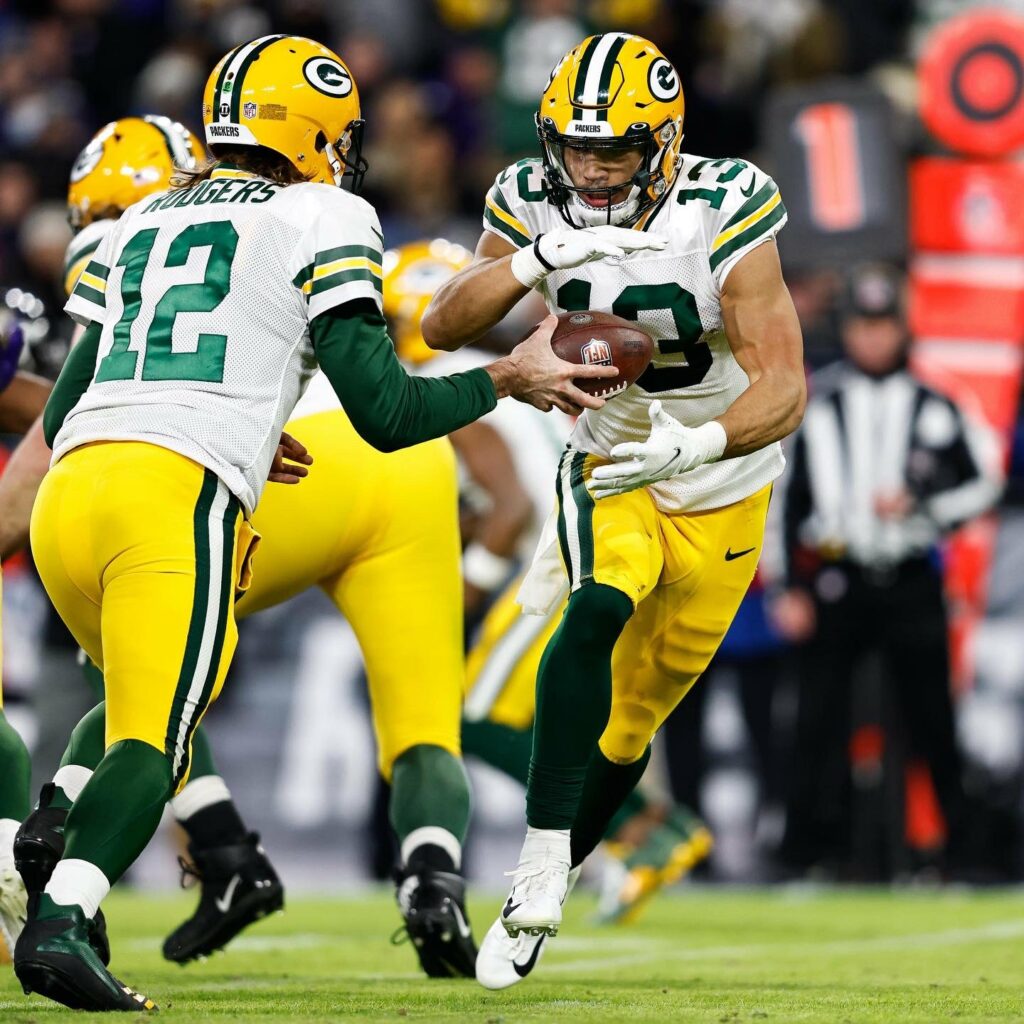