The Green Bay Packers had their three-game winning streak tested on the road on Sunday afternoon against the Cincinnati Bengals. Mason Crosby missed three field goals in the game for Green Bay. He redeemed himself by drilling a 49-yard field goal with two minutes remaining in overtime as the Packers took down the Bengals by a final score of 25-22.

The Packers extend their winning streak to four games. The Week 1 mirage (38-3) against the New Orleans Saints on the road seems a distant memory ago. Green Bay is proving they are one of the best teams in the NFL so far this season in 2021.

Cincinnati also showed in this football game that they aren’t a pushover because of quarterback Joe Burrow. He has developed serious chemistry with rookie wide receiver Ja’Marr Chase in the NFL already. They already had it once before in 2019 at LSU. This is going to be a scary combination for the Cincinnati Bengals for years to come.

Speaking of connections, Aaron Rodgers and Davante Adams have been on point all season long once again. Rodgers is potentially in his final season with the Green Bay Packers organization. They have made it to the NFC Championship Game for the last two seasons and lost both of them. Green Bay hopes to win a Super Bowl this season.

You can be critical of head coach Matt LaFleur all you want for the Green Bay Packers, but all he does is win football games. Green Bay also likes to establish a running game with Aaron Jones. They are now using second-year player running back A.J. Dillon more often in the backfield though.

Kadarius Toney a New Star For the New York Giants

Mon Oct 11 , 2021
The New York Giants were decimated by injuries in a 44-20 loss on the road on Sunday afternoon against the Dallas Cowboys. There didn’t seem to be a lot of bright spots this weekend. There were injuries to Andrew Thomas (ankle), Daniel Jones (concussion), Saquon Barkley (ankle), and Kenny […] 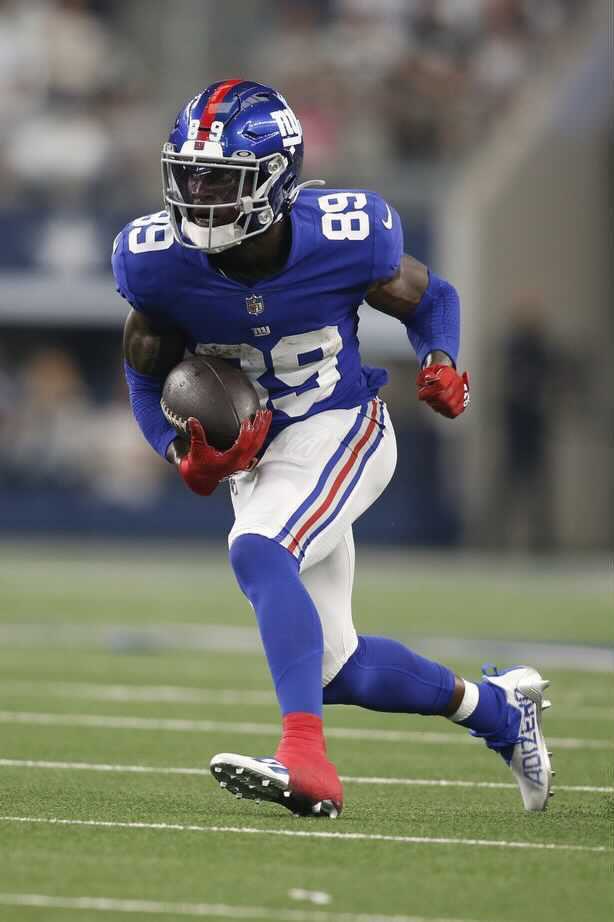