Team Finland edged out Team Germany in a hard-fought 3-1 victory at Rogers Place in the opening game of the 2022 World Junior Hockey Championships.

Samual Helenius led the way for Finland with two goals while Brad Lambert was excellent, notching a pair of primary assists. For Germany, Oilers draft pick Luca Munzenberger got the lone goal while Nikita Quapp was solid in-between the pipes.

Luca Munzenberger and Brad Lambert took home player of the game awards for each team.

The underdog German team held their own for the first 20 minutes of the game. At 5-on-5 they were arguably the better team as they got more sustained pressure in the Finnish zone. Finish goaltender Leevi Merilainen was excellent in goal, stopping a few in-close opportunities.

Finland would eventually start to ease into the game and inflict their will. 2022 top prospect Samuel Helenius got the tournament’s first goal for the Finns after he tipped a long-range floater from Brad Lambert into the net. A less than ideal goal to give up for Nikita Quapp after a pretty good start for the German team.

Lambert initially got credit for the goal but it was changed to Helenius as it tipped off his pant leg.

Germany had two power-play opportunities to get even but Finland’s aggressive penalty-kill kept them off the board. Lambert’s marker had Finland up 1-0 after 20 minutes.

Elite Prospects on Twitter: “2022 #NHLdraft eligible Brad Lambert with the first goal of the #WorldJuniors. Lambert is currently #13 on the Elite Prospects Draft Ranking. pic.twitter.com/slWFNfMEKV / Twitter”

2022 #NHLdraft eligible Brad Lambert with the first goal of the #WorldJuniors. Lambert is currently #13 on the Elite Prospects Draft Ranking. pic.twitter.com/slWFNfMEKV

A few penalties early on in the period led to a shortened power-play chance for the Germans. Oilers’ 2021 third-rounder, Luca Munzenberger was able to knot things up for the Germans on that chance. A failed clearing chance by the Finns allowed Munzenberger to skate right up broadway and rifle a shot under the Merilainen’s glove as we had a brand-new 1-1 game.

Edmonton Oilers on Twitter: “#Oilers 2021 pick Luca Munzenberger gets the Germans on the board vs. Finland! 🚨#WorldJuniors | #LetsGoOilers pic.twitter.com/adawjFh6mQ / Twitter”

Oilers 2021 pick Luca Munzenberger gets the Germans on the board vs. Finland! 🚨#WorldJuniors | #LetsGoOilers pic.twitter.com/adawjFh6mQ

That tie would be short-lived as Finland would retake the lead a few minutes later. Joel Maatta shovelled in the go-ahead goal after jumping on a deflected shot that gave him a wide-open net. Finland back on top with a 2-1 lead and more than half the period left to play.

The Germans were once again holding their own against a more skilled Finland club, but it was clear that the Finns were starting to find their game. Shots were still relatively even, with Finland leading 18-13,  but the high-quality chances were starting to skew toward the Finns.

Germany had 20 minutes to find another goal as they went into the third down 2-1.

Instead of pushing for a bigger lead, it appeared as though Finland was content with plugging up the neutral zone to suffocate Germany’s offence. An early power-play chance gave them a chance for the equalizer. They generated chances in the first half but struggled to enter the zone in the second half.

That missed chance on the PP would haunt the Germans as Finland was able to extend their lead just a few moments later. Lambert won a race along the right-side boards and sent a cross-ice pass to Helenius for his second of the game. This came seconds after Helenius foiled a wide-open chance for Germany on the other side of the ice. Finland had insurance with a 3-1 lead.

Germany attempted a late-game push but wasn’t able to get anything past Merilainen.

Both teams will be back at it tomorrow. Finland will take on Austria at noon while Germany will seek redemption with a game against Czechia at 5pm.

Sun Dec 26 , 2021
At the beginning of the day for the New York Giants, ESPN’s Adam Schefter reported that they would be bringing back head coach Joe Judge and quarterback Daniel Jones for the 2022 season. With a monster offseason looming, owner John Mara is showing his incompetence and his stubbornness once again. […] 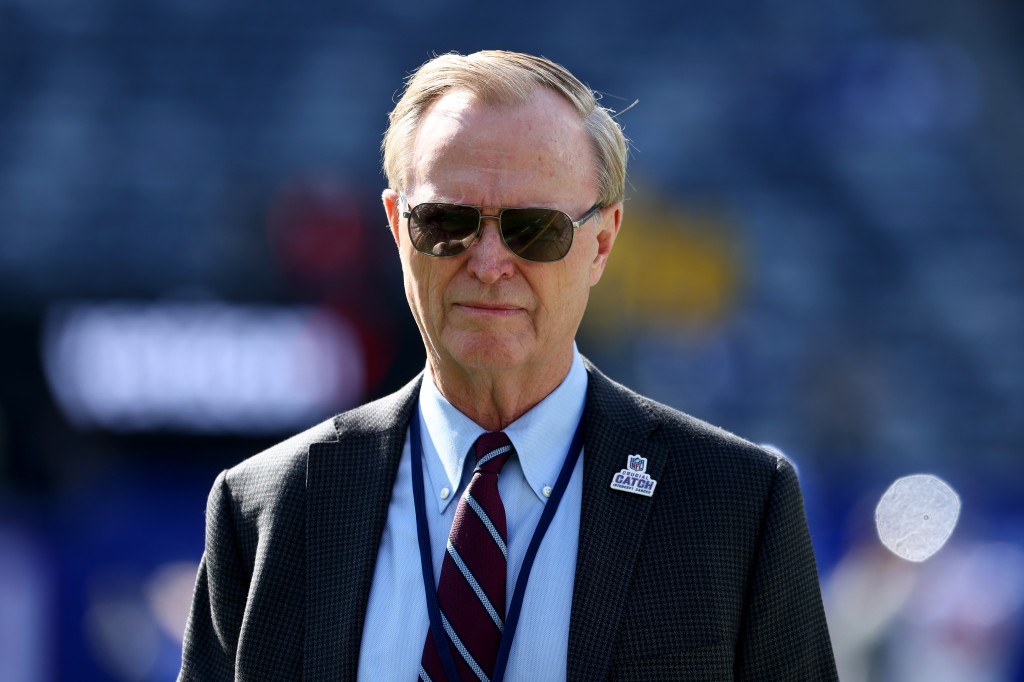