A lot of headlines in the New York media now want to anoint Daniel Jones as a franchise quarterback for the New York Giants in a 25-3 win over the Carolina Panthers on Sunday afternoon.

Jones did not have Andrew Thomas, Saquon Barkley, Sterling Shepard, Kenny Golladay, and Kadarius Toney. Daniel Jones was dealing with one of the worst offensive lines in the NFL, especially against a very good Carolina Panthers defensive team. Jones completed 23-of-33 passes for 203 yards and one touchdown.

His lone touchdown pass in the third quarter from five yards out to Dante Pettis. On that same drive, Daniel Jones made a one-handed reception for 16 yards from Pettis.

Daniel Jones also rushed for 28 yards on eight carries. Jones has wheels and he can run fast. So, are we going to anoint Daniel Jones as the franchise quarterback for the New York Giants after that debacle last week against the Los Angeles Rams?

I know just last week I was writing about who should they draft in the 2022 NFL Draft at the quarterback position, but I can be wrong on a week-to-week basis, and sometimes I can’t make up my mind either.

Daniel Jones made his statement game of carrying the New York Giants offensively, despite the defense helping him out. Jones may not be the top of the echelon at the quarterback position, but it feels like he is fit to lead the New York Giants one day to the promised land if they can ever get things right with coaching and the front office.

Going from Phil Simms to Eli Manning to now Daniel Jones may be a good thing. Simms and Manning each won two Super Bowls with New York. Maybe Jones can do the same, but they have a long way to go.

The New York Giants know what they have in Daniel Jones. It is obvious that the Carolina Panthers don’t in Sam Darnold.

Daniel Jones and the New York Giants (2-5) will take on the Kansas City Chiefs (3-4) on the road next Monday night.

The Carolina Panthers (3-4) will be on the road against the Atlanta Falcons (3-3) next Sunday.

Mon Oct 25 , 2021
The San Francisco 49ers lost to the Indianapolis Colts 30-18 on Sunday night football in extremely rainy and windy conditions in San Francisco, California. San Francisco needs to bench Jimmy Garoppolo whenever Trey Lance gets healthy again. Lance was out due to injury last night, but Garoppolo was the starter. […] 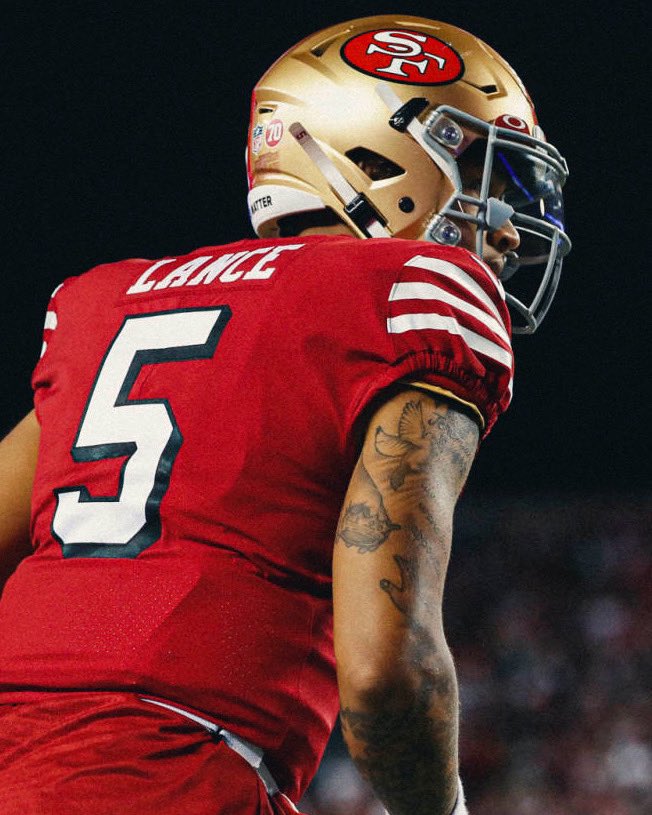