Can you believe it? It is already WEEK ELEVEN of college football. It is truly flying by, so always remember to stop and enjoy it before it is gone for good.

First off, I want to introduce myself. My name is Gracie and I joined 12oz Sports about a month ago. I have a weekly gambling show on Wednesdays where I break down college football and NBA. Those are my two sports,  and I am currently hitting my CFB picks at a 73.6% success rate. I am on an all time heater this CFB season. At first I thought it was just luck, but after 10 straight weeks of winning, I am starting to think CFB might be my thing. I have not had a losing week yet in CFB. I think the most important thing for me as a sports bettor, is quality of quantity. I see a lot of guys on Twitter that have 20+ picks on Saturdays. That just gives me a lot of anxiety and terrifies me. I like to float around the 4-5 picks and usually go 4-1 or 3-2. I bet each game at 1U and just keep it QUALITY over quantity. It really depends on the slate and how I am feeling about the spreads.  But, you know what they say, “If you don’t love the board, the board won’t love you back.” So, for Week 11, I am absolutely gonna LOVE the board. Let’s get into the picks.

Purdue is wreaking havoc on Big Ten playoff teams. A couple weeks ago, they went to Iowa and pulled off the upset which would knock Iowa out of playoff contention. Then just last week, they beat #3 Michigan State at home. This Purdue team is causing absolute chaos within the Big Ten. They head to Columbus to face Ohio State, who truly hasn’t looked very good in the past couple weeks. They squeaked by Penn State and Nebraska and now are back home as 20 POINT FAVORITES. Put some damn respect on Purdue. Obviously don’t think Purdue is a playoff caliber team but Ohio State is not as good as people think they are. I mean in perspective all Big Ten teams REEK compared to SEC teams, but usually in the Big 10 there is a big gap between Ohio State and the rest of the teams.

Like every year, everybody knows the Big Ten goes through Columbus and no one even has a chance to contend with them. That usually leads to Ohio State making it IN to the playoff just to get absolutely demolished by an SEC team. It is a tale as old as time. Ohio State has no business being 20 point favorites against Purdue. It is also important to note that Purdue is 8-3 ATS against Ohio State in their last 11 matchups. All I have left to say is that Ohio State are FRAUDS and should not be 20 point favorites to a team that is on a fast upward trajectory and just knocked off the 3rd ranked team in the country last weekend.

This is truly one of the worst college football games of the season. Two absolutely horrible and disgusting teams facing off at noon in Bloomington. Absolutely no one cares about these two schools and they might be the two biggest laughing stocks in the Big Ten when it comes to football. That is exactly why I love it. There have been two MOST profitable bets this year in CFB. Both fading two schools. 1. Indiana 2. Clemson. Clemson has actually covered the last two weeks but you’d still be up major units if you have been fading them since Week 1. However, Indiana is absolutely abysmal against the spread. Indiana is the worst team ATS at 2-7. This is a team that had major hype in the preseason after having a really good season last year. However, Indiana is nothing but frauds. They benefited immensely from the COVID season of playing in those Big Ten stadiums without fans. However, IU stadium has almost the same capacity now then in 2020.

Rutgers is 5-4 ATS this year, but they also stink pretty bad. However, IU being favored by a full touchdown is just not right. Rutgers is a team who can come in and sneaky cover. I think IU wins the game, but maybe 20-17. Low scoring with both these two horrible offenses. IU has a solid defense that will make it hard for Rutgers to score a lot of points, but IU’s offense is also horrendous and embarrassing. Rutgers +7 is the play, I will fade IU until the season is over. There is no other bet that is more profitable this season than fading IU.

Thats it for me folks! Quality over quantity. Always remember to bet responsibly. 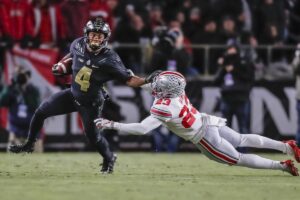 Will OBJ be the Man, or Stafford's Excuse? Mission Accomplished: CFB Playoff has You Talking

Thu Nov 11 , 2021
Can you believe it? It is already WEEK ELEVEN of college football. It is truly flying by, so always remember to stop and enjoy it before it is gone for good. First off, I want to introduce myself. My name is Gracie and I joined 12oz Sports about a […] 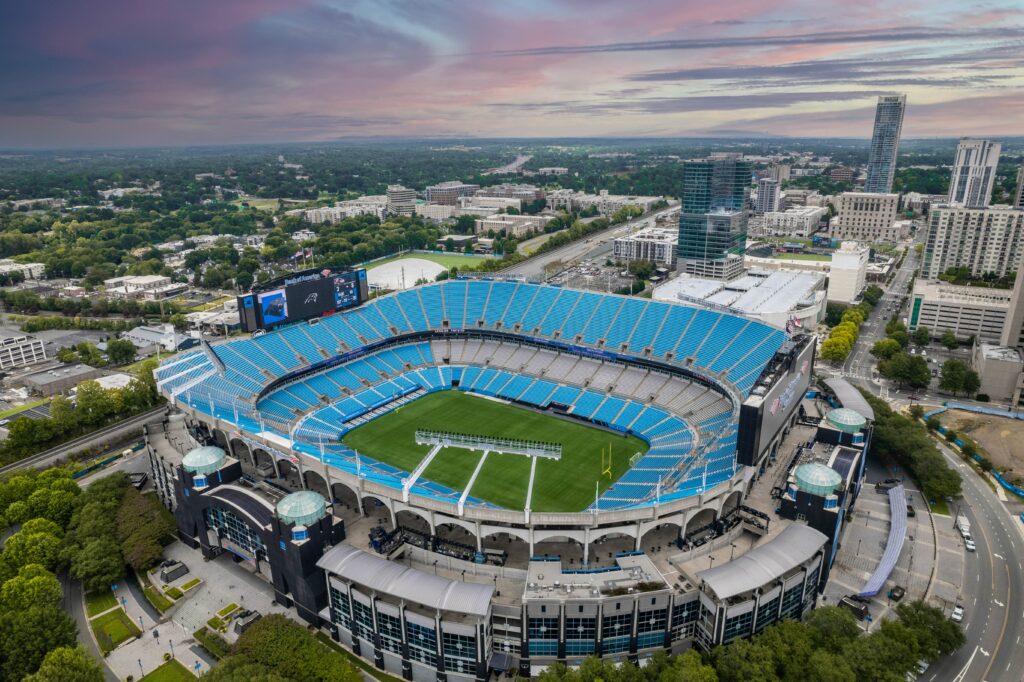