The Los Angeles Chargers had a 27-10 lead entering the fourth quarter against the Pittsburgh Steelers. Los Angeles tried to meltdown extremely hard and Pittsburgh took a 37-34 lead at one point on a 45-yard field goal by Chris Boswell with 3:24 remaining in regulation.

On the Chargers’ next drive, Justin Herbert threw the game-winning 53-yard touchdown pass to Mike Williams with 2:09 remaining in regulation and the Los Angeles Chargers took down the Pittsburgh Steelers by a final score of 41-37.

This was a fantastic Sunday night football game when it was all said and done. Justin Herbert torched Pittsburgh’s defense all night long. He completed 30-of-41 passes for 382 yards, three touchdowns, and one interception. Herbert also rushed for 90 yards on nine carries. He was Los Angeles’s leading rusher and having Justin Herbert as their leader goes a long way for crazy football games like these.

This is a talented football team, who tried so hard to lose that football game. At the end of the day, they didn’t and are currently in the sixth spot in the AFC if the season ended today. Los Angeles would face the New England Patriots (7-4) in the first round.

The Los Angeles Chargers are also a half-game back of the Kansas City Chiefs (7-4) for first place in the AFC West and Los Angeles owns that tiebreaker for now.

The Chargers may not be a Super Bowl team this season under head coach Brandon Staley, but they are trending in the right direction. There is no dominant team in the AFC this season.

Justin Herbert, Austin Ekeler, and this offense can take this offense places if they keep it up, but the defense needs to be better and so does the special teams.

The Los Angeles Chargers (6-4) next game will be on the road next Sunday against the Denver Broncos (5-5).

The Pittsburgh Steelers (5-4-1) next game will be on the road next Sunday against the Cincinnati Bengals (6-4).

Mon Nov 22 , 2021
The Cincinnati Bengals had a bye week last week and were looking to snap its two-game losing streak. Cincinnati did just that on the road against the Las Vegas Raiders in a 32-13 win. This was a huge win for them because they were eighth in the AFC entering the […] 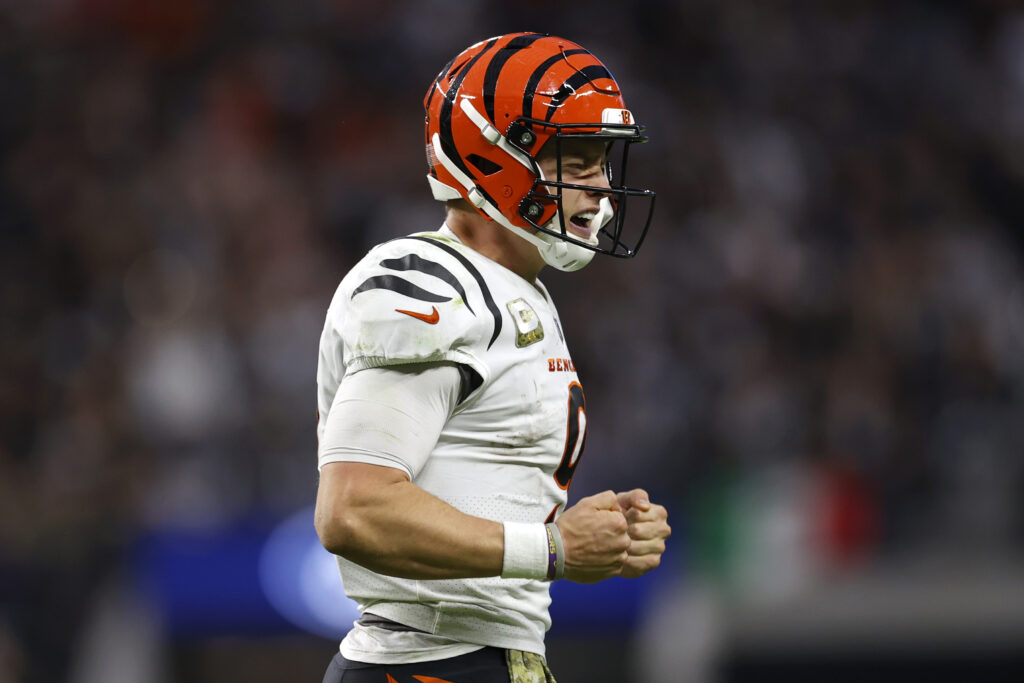