Germany was able squeak out a razor-thin and exciting 2-1 overtime victory over Czechia on Monday night.

Alexander Blank scored both of the German goals while goaltender Florian Bugl was exceptional, stopping 38 of 39. The same can be said for the Czech goaltender, Jan Bednar who was also fantastic. Montreal Canadiens prospect Jan Mysak got the lone Czechia marker in the second period.

Player of the game honours were given for Bugl on Germnay and David Spacek on Czechia.

It wasn’t quite the type of game you’d expect from these two games but it was good one!

Czechia had a lot of jump in their step to start this one. German goaltender Florian Bugl had to be sharp and made a few difficult stops to keep the Czechs from getting an early lead.

The Germans started to ease their way into the game as it progressed. They struggled to get sustained pressure within the Czech zone but still had their fair share of opportunities on net. Czech goalie, Jan Bednar was holding the fort as well in what seemed like the makings of a goaltending battle.

The first powerplay of the game went to the Germans late in the period. David Moravec got caught on a trip and the Czechs would go to the kill. Surprisingly, the Czechs had the best chance on the German PP. Ivan Ivan fed Jan Mysak on a two-on-one chance that just missed but drew a penalty to force a brief 4-on-4 which would feed into a Czech powerplay.

Czechia got a few last-second shots on goal but none of them were able to beat Bugl. We were still searching for the game’s first goal as they headed into the second tied at 0-0. Shots were in favour of Czechia by a 13-6 margin.

Luca Munzenberger had a fantastic shot at the game’s first goal. He intercepted a puck and went in all alone on a breakaway but would fumble it and have his shot stopped by Bednar. Stanislav Svosil came right back at the other end, electing to shoot on a two-on-one rush but hit Bugl’s blocker. The action was a lot more run-and-gun early in the second.

Alexander Blank finally broke the scoreless game wiring an in-close shot over the right shoulder of Bednar. Germany has the 1-0 lead five minutes in despite trailing 19-10 on the shot clock.

The goal seemed to wake up the Germans as they really ramped up the pressure. They trapped the Czechs in their own end and forced Bednar to turn away a number of quality chances. Bugl was the story of the first, Bednar was stating his case in the second. Shots tightened up quick as it read 23-19 in favour of Czechia with eight to go in the frame.

The Czechs had a chance to knot things up on a power-play and they took advantage. With under five minutes to go in the period, Jan Mysak’s centring pass deflected off the skate of, German defender,  Arkadiusz Dziambor and into the net. A tough break for the Germans and a lucky one for Czechia. The game was once again tied at 1-1.

IIHF on Twitter: “Ladies and gentlemen, this is your Captain speaking. Jan Mysak evens the score 1-1 for @narodnitym #WorldJuniors #GERCZE @CanadiensMTL pic.twitter.com/2ztIWonHSf / Twitter”

Ladies and gentlemen, this is your Captain speaking. Jan Mysak evens the score 1-1 for @narodnitym #WorldJuniors #GERCZE @CanadiensMTL pic.twitter.com/2ztIWonHSf

That is how the period would end as both Czechia and Germany got goals but couldn’t solve the 1-1 tie.

Pavel Novak wired a wicked shot from the slot to start things off that Bugl was able fight off. Maksymilian Szuber responded soon after with a a beautiful solo rush that ended with him being tripped up, sending Germany to the powerplay. Again, it was the Czechs with the best play on the penalty kill as Novak was sprung on a breakaway that Bugl tracked and denied again. Fast and furious action from both teams as both goaltenders were putting on a show.

David Moravec gave Germany a golden opportunity to take the lead as he took an interference call on Szuber. With under 8 minutes left to go the Czechs were able to successfully kill it off and dodge a bullet.

Both teams would trade chances but both Bugl and Bednar were spectacular. Regulation solved nothing so this one was headed for some 3-on-3 overtime.

Blank ended this one for the Germans just a few minutes into the OT period. He took the puck from his own end and sent the puck soaring over the shortside shoulder of Bednar to seal the deal. Blank had each of the German goals.

Czechia and Germany will both have a day off before returning to the ice. The Czechs will go to battle with Finland on Wednesday with puck-drop set for noon while Germany has the late game matchup against the host Canadians at 5pm.

Miami Dolphins: From 1-7 to Playoff Contenders

Tue Dec 28 , 2021
The Miami Dolphins started the season 1-7 and a lot of people wanted firings to take place in Miami. However, the Dolphins were riding a six-game winning streak heading into Monday night football on the road against the New Orleans Saints. Miami dominated this football game against New Orleans by […] 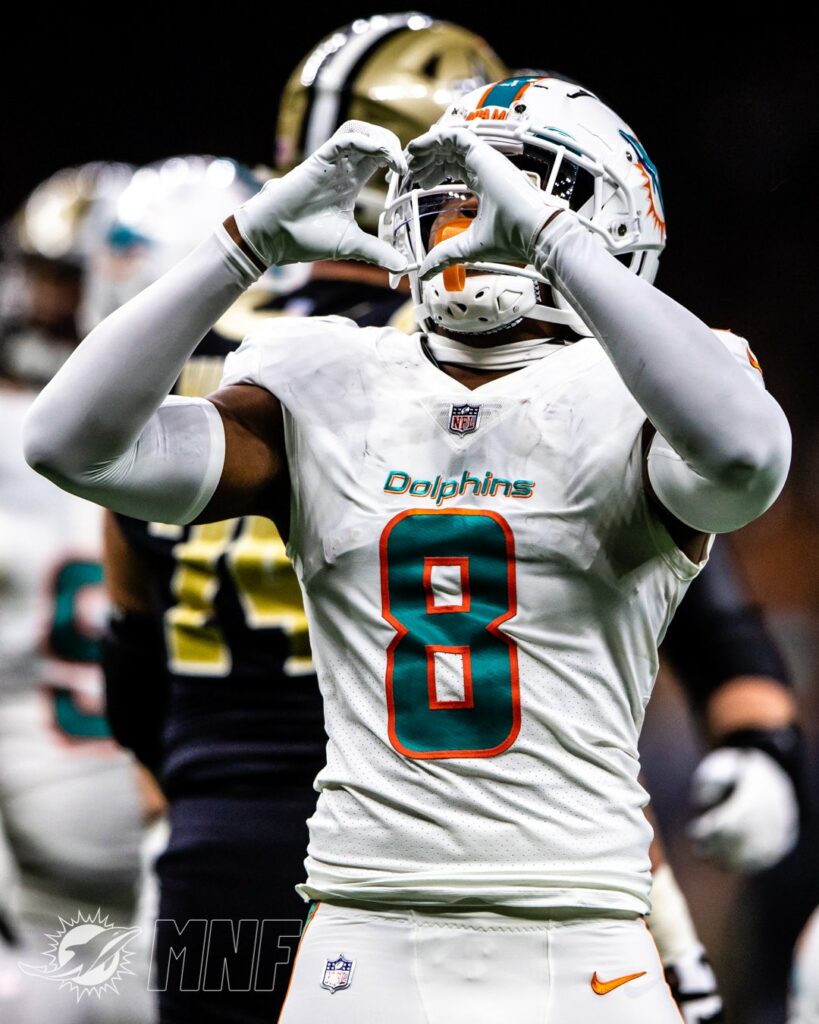