Ah yes, another year in the books. 2021 was not much different than 2020, the daily pounding of covid talks, leagues canceling games, players arguing over the vax...good times, good times. Perhaps 2022 will be better, I do not see much evidence of that yet, but a man can dream, can't he? Here are just a few things on my New Year's wish list, a memorandum of resolutions, so to speak.

College Football Playoff Expansion: I know what you are thinking, if the end result is an SEC school, Ohio State, or Clemson will end up in the title game anyway, why expand? I will tell you why. Dick Vitale a few years ago made a comment during a live basketball game broadcast that really hit home. He said, (not an exact quote) "college basketball will always be better than football unless college football can find a way to be sure every single team has a legitimate chance to win a title." He went on to explain that in basketball, even though it could be a far-fetched goal, every single team in college basketball can set a goal of winning a championship. They have a tournament with no restrictions, teams that are tiny schools get into the big dance. College football cannot say that. At least half, and probably more, of the teams know because of their conference and schedule, will not even get considered for the playoffs. Cincinnati is an outlier, not a new trend. Trust me, it pains the committee to put Cincinnati into the playoffs. Central Florida arguably had a more impressive undefeated season and they got snubbed. Before that, Utah was pretty badass back in the day, before their PAC-12 years. It is time to expand, and we shouldn't care if any of these "mid-major" teams never win it all, they deserve to be able to set that as a preseason goal, just like the big boys.

Cleveland Cavaliers Playoff Run: I am being petty here, but 2022 will be a great year if the Cavs make a deeper run than the Lakers. This team is exciting and came out of nowhere. Not a chance was given to this team, and while they may not be NBA Champions ready yet, they are outperforming the team LeBron flocked to because he is more concerned about super teams, flashy cities, and developing "his brand", whatever the hell he's talking about. There have been talks of him returning to Cleveland now that the Cavs are getting good again, uh, no thanks.

Racism Dies: At first I thought I would direct this at European Soccer, but the IIHL also slapped a hockey player on the wrist over horrific racist gestures. You know, that region seems to have a problem, and until hockey players, soccer players, federations of both sports, and fans of both sports (some of the fans are committing the racist acts) start protesting and affecting their bottom line, we will get nowhere. Heck, look at the NFL and NBA, they kiss China's ass because they are afraid to lose money. Just think what we, the fan base, could do to these leagues if we turned the tables on them? This racist bullshit would end in Europe if players, teams, fans, etc said "we stop participating in events until these racist events stop happening." 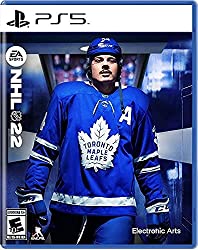 Sports Lead Charge to Normalcy: Look, politicians are smart. We often call them idiots, but what looks like idiocy to us, because they make bad decisions, is really them just doing what the true owners are telling them to do. Lobbyists run this place, so change comes from the people. We have vaccines, boosters, and now treatment pills. This will get better once the sports world takes over. Sports bring more people together than any politician ever has, it has done more good for the world than any policy ever has, and now it is time for sports to right the ship. Stop freaking out when a vaccinated, elite athlete in better shape than most of us, gets a little sniffle. He or She will survive, but we won't if we hide in our basements every time one of society's most healthy individuals gets a cough, then recovers two days later. If logic took over, we will get through this. Maybe get off Facebook for a week, that always helps my outlook on life.

2022 is your best year ever: That is my wish for you. One way you could improve your life is to get more involved with 12oz Sports. No joke, we're grassroots and have a youthful enjoyment with sports. No shows spend an hour bringing you down, we talk about the games and have fun. Give us a try. We even broadcast live sports, and once everything calms down we'll have even more sports to broadcast. May 2022 bring you happiness and joy.

How About That Dallas Cowboys Domination?

Mon Dec 27 , 2021
Ah yes, another year in the books. 2021 was not much different than 2020, the daily pounding of covid talks, leagues canceling games, players arguing over the vax...good times, good times. Perhaps 2022 will be better, I do not see much evidence of that yet, but a man can dream, […]